SARVA DARSHAN TO COMMENCE BY 3AM ON NEW YEAR’S DAY

TIRUMALA, DEC 30:  The temple administration of Tirumala Tirupati Devasthanams will commence the Sarva Darshan for common pilgrims on the New Year’s Day which falls on Saturday from 3am onwards, said, TTD Tirumala Joint EO Sri K.Bhaskar.

Addressing the media persons after reviewing with all departments of HODs over the New Year darshan, accommodation and other arrangements for pilgrims at Annamaiah Bhavan in Tirumala on Thursday he said keeping in view the heavy influx of pilgrims on the New Year’s Day as well on its eve and successive day, TTD has cancelled all arjitha sevas on December 31, January 1 and 2.

Adding further he said, the protocol VIP darshan will be between 1:30am to 3:00am and the Sarva Darshan for commoners will commence by 3am onwards on January 1, 2011. On the other hand the Rs.300 Pratyeka Pravesha Darshan will begin at 6am and the Supadham entry for TTD employees and their families will be between 10am to 5pm on the New Year day. “In view the heavy turnout of pilgrim crowd on the New Year Day, no special darshan privileges will be entertained for physically handicapped, infants with parents and aged devotees”, the Tirumala JEO said.

Elaborating on the arrangements made by TTD to tackle New Year pilgrim rush the JEO said, a nodal officer at every 50m distance has been deployed to man the queue lines on this special day. “Apart from the TTD Vigilance and Police personnel, the Srivari Sevaks, scouts and guides will also control the pilgrim crowd in the queue lines and compartments. The water and food packets will be offered to the waiting pilgrims in queue lines at regular intervals. While the vehicular traffic management will be carried out by the traffic police on this propitious day”, he added.

The JEO said, TTD has also arranged special programmes by renowned artistes for the sake of the pilgrims at the Nada Neerajanam cultural platform in Tirumala. On 31st December, there will be a musical concert by TTD Asthana Vidwanmani Smt.Dr.Shobha Raju to enthrall the pilgrims with the devotional songs, while famous Nama Snakeerthak Sri Janakiram Bhagavatar will render bhajans and Nama Sankeerthans on the evening of New Year Day and there will be a dance ballet by the students of famous dance maestro Smt Shobha Naidu on January 2. 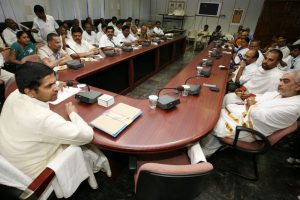 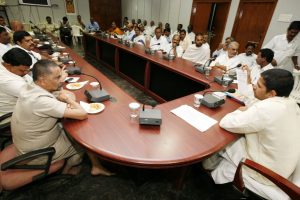 « TTD NEW YEAR CALENDARS AND DIARIES AT THE DISPENSE OF PILGRIMS » Inauguration of Blood Bank in SVRRGH, Tirupati