GOKULASTHAMI CELEBRATED WITH GRANDEUR IN TIRUPATI AND TIRUMALA
TIRUPATI, AUGUST 10:  On the auspicious occasion of Sri Krishna Janmasthami on Friday in Tirupati, TTD EO appealed to the devotees that saving Gomata is ultimately saving and safeguarding the ancient Hindu Dharma, Culture and Tradition.
TTD EO Sri LV Subramanyam who took part in Gopujotsavam at SV Dairy Farm here, addressing huge gathering of devotees appealed to Save Gomata which is considered to be the embodiment of 3crore deities of Hinduism. “If you protect the cow, you will be protecting our religioun and dharma”, he reiterated. He said the epics and Hindu spiritual texts says that Lord Sri Krishna spent most of his time with the cows. Among all sins, slaughtering of cows (cattle) is considered to be unpardonable by our scriptures. So let us fight against butchering of cows and join hand in the mission to protect Gomata”, he added.
Later the EO offered prayers to Lord Venugopala Swamy located inside the Goshala followed by Gopuja. Later he also performed pujas to Sri Maha Mantra Ratham, brought from Hyderabad to Tirupati by the Chairman of Sri Mahamantra Peetham, Sri P Sai Reddy. The unique feature is that this peetham reaches Tirupati from Hyderabad on this holy day and submits seven crore Govinda Japa Mala book every year to the Sri Venkateswara Maha Mantra Stupam erected in Goshala which it has been practicing from the past one decade. On Friday the members of this peetham have formally started Govinda nama in the book for the eleventh time. Sri Bala Hanumantha Reddy donated Rs.1lakh to SV Gosamrakshana trust and handed over the cheque to TTD EO.
HDPP, Dasa Sahitya and Annamacharya projects jointly organised various cultural programmes. Tens of thousands of devotees convered to witness the grand gala of celebrations in SV Goshala.
SV Goshala Director Sri Harnath Reddy, HDPP Special Officer Sri Raghunath, Health Officer Sri Bhishmaiah Naidu, Dy EO Sri Chinna Swamy and others were also present.
IN TIRUMALA:  The Gokulashtami celebrations went off in a grand manner in Tirumala on Friday.
The festival is off to a colourful start with special abhishekams and pujas being performed to Lord Sri Krishna located at Gogarbham Gardens which is followed by Utlotsavam. The locals and pilgrims took part in this traditional sport with great enthusiasm. Later prasadams have been distributed to devotees and pilgrims. TTD Garden Department Deputy Director Sri Srinivasulu took part in this festival.
Later in the night Gokulasthami Asthanam will be performed at Bangaru Vakili inside Sanctum Sanctorum between 8pm to 10pm. TTD top brass officials will take part in this fete.
ISSUED BY TTDs PUBLIC RELATIONS OFFICER, TIRUPATI 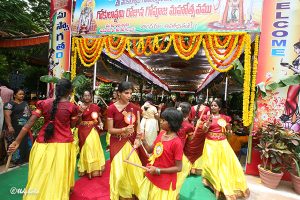 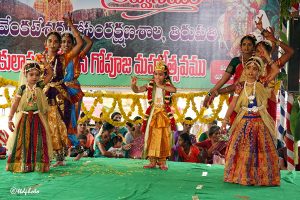 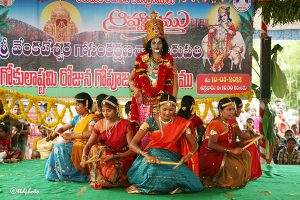 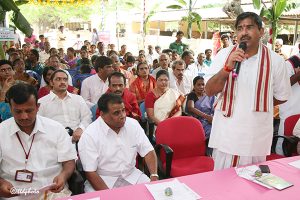 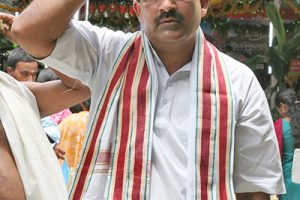 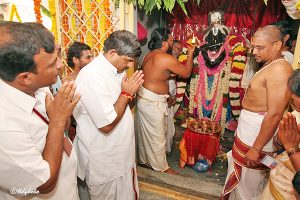 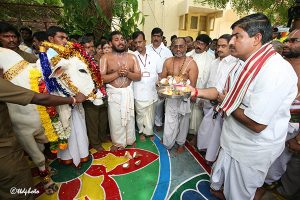 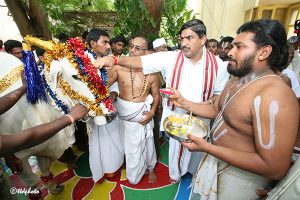 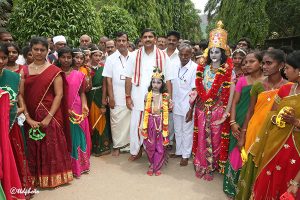 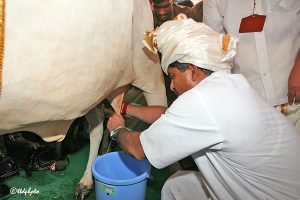 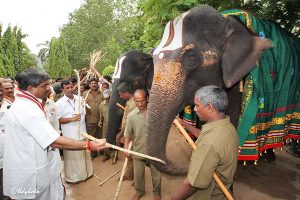 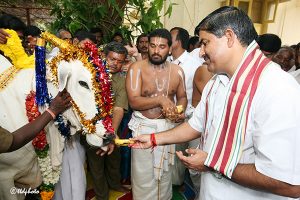