IT’S A FUSION OF DIVERSIFIED CULTURES AT TIRUMALA

Tirumala, 4 Oct. 19: The 2019 annual Brahmotsavams have witnessed the most significant and unique performance by artistes hailing from different states across the country during Garuda Seva on Friday.

In one sentence, it is a fusion of mixed cultures in Tirumala on the special occasion of Garuda vahanam. The teams from Karnataka, Tamil Nadu, Rajasthan, Gujrat, Manipur, Madhya Pradesh, Himachal Pradesh, Assam, Orissa have performed never seen before arts forms and mused the pilgrims.

In spite of waiting in galleries for nearly one day to catch the glimpse of Garuda Vahanam, the cultural troupes organised under the aegis of Hindu Dharma Prachara Parishad of TTD enthused pilgrims in a big way.

EO complimented all the artistes for their amazing performances and keeping the pilgrims engaged with their artistic skills. 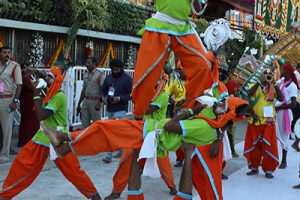 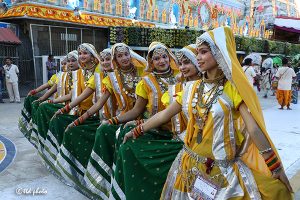 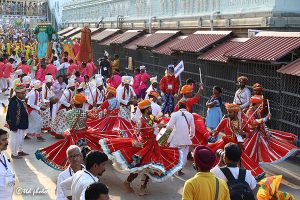 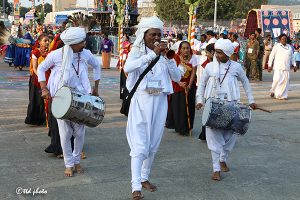 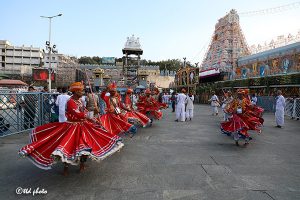 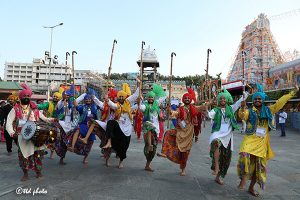 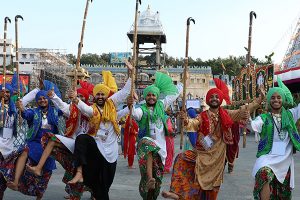