TIRUMALA, JULY 20: The TTD Board Chief Sri Kanumuru Bapiraju has released the posters of the much awaited ambitious project “Managudi” programme in Tirumala on Friday along with other board members and ex-officio members at Annamaiah Bhavan.
Later inspecting the on going packing works of the sacred items at Asthana Mandapam in Tirumala he told media persons that the holy mission has been taken up by TTD jointly with AP Endowments department across ten thousand temples in the state which is scheduled for August 2 on the auspicious occasion of Shravana Pournami.
“Each temple will receive a token pack of holy thread, Turmeric, Kumkum powder packets, Prasadam, devotional books and CDs. I appeal to the people to take part in this mass devotional programme and contribute their part preserve the temple heritage which is the epitorme of the rich ancient Hindu culture”.
Later he interacted with the Srivari Sevaks who are doing the voluntary service of packing the sacred items and appreciated their services. Deputy EOs Sri Munirathnam Reddy, Sri Umapathi Reddy, HDPP Secretary Sri Kasireddy Venkatreddy, OSD Sri Raghunath and others were also present.
————————————————————
ISSUED BY TTDs PUBLIC RELATIONS OFFICER, TIRUPATI 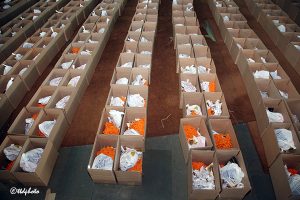 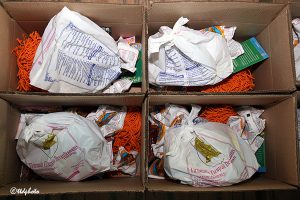 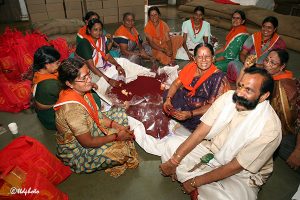 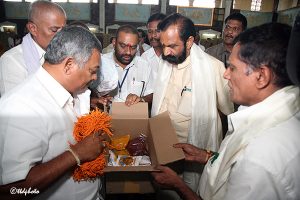 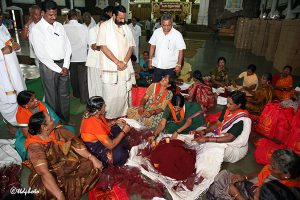 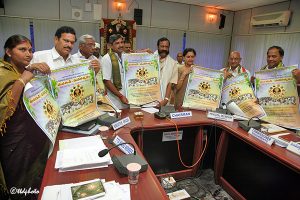