TIRUMALA, JANUARY 12:  To ensure hassle free darshan to more number of pilgrims on Tuesdays and Wednesdays where in the “Laghu Darshan” is under implementation, TTD has decided to restrict issuing Rs.300 Pratyeka Pravesha Darshan tickets till 2pm on these two days alone, said TTD EO Sri IYR Krishna Rao.

The TTD EO held a coordination meeting with various department officials at Annamaiah Bhavan in Tirumala on Wednesday. Speaking on this occasion he said, with an aim to provide better and close darshan of Lord Venkateswara to pilgrims, TTD has introduced mandatory laghu darshan for the sake of pilgrims on Tuesdays and Wednesdays. But the pilgrim influx has abnormally increased even on these two days since the pilgrims desire to catch a closure glimpse of Lord. With an aim to provide hassle free darshan to more number of pilgrims, TTD has decided to restrict issuing Rs.300 pratyeka pravesha darshan tickets on these two days. Henceforth the Pratyeka Pravesha Darshan tickets will be issued from 6am to2pm on Tuesdays and Wednesdays alone, instead of issuing them from 6am to 6pm which is under existence now. The EO appealed to the pilgrims to co-operate with the management decision which has been taken keeping in view the convenience of the pilgrims.

The EO has directed the officials to ban usage of plastic in Tirumala in a phased manner and asked the officials to bring awareness among the locals, hoteliers, shop owners and other private and TTD establishments in Tirumala and also to engage them in making Tirumala a “Plastic-Free Zone”. He said all the respective establishments owners should segregate the garbage for disposal and by April TTD should meet the target of making Tirumala plastic free.

Later Sri Rao visited the upcoming Rs.30cr massive Annadanam Complex at Tirumala and inspected the ongoing works. Speaking to media persons he said, the complex is expected to serve the pilgrims on the Telugu New Year Day-UGADI and the concerned officials are asked to speed up the works. He said the massive complex with four huge halls will serve free meals to 4000 pilgrims at a time. “Over the request of pilgrims we have also decided to introduce north-Indian thali including roti-Sabji”, he maintained. 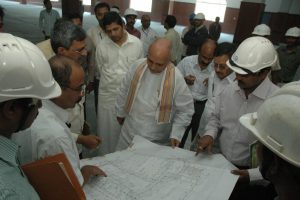 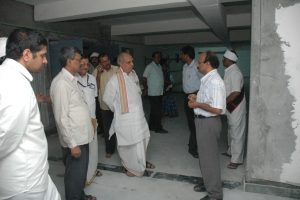 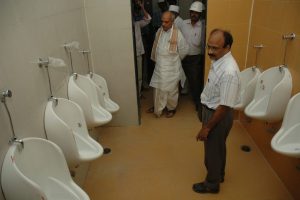 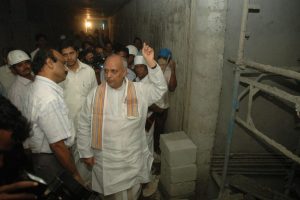