TWO DAY SEMINAR ON PERSPECTIVES OF DARSHAN AT TIRUMALA TEMPLE 

Tirupati 20 November 2010: The Hon’ble Justice Sri N.Rama Mohan Rao expressed his confidence that the seminar will come out with fruitful and practical solutions to provide a better and hassle free darshan for pilgrims across the globe, although the temple management of TTD is confronted by serious limitations of time constraint and crowd management.

During his inaugural address on the occasion of the two-day seminar convened by TTD on the “Perspectives of darshan at Tirumala Temple” at Mahati Auditorium on Saturday in Tirupati, he said the locals of the temple town of Tirupati are fortunate to play the role of best hosts and they will derive the eternal bliss by playing comfortable hosts to the visiting pilgrims across the world. “You are perhaps the best hosts and do not grudge or grumble on the inconveniences”, he added.

The chief justice said TTD has been bringing the modifications and significant changes from time to time to provide better darshan for pilgrims. However with day by day increase in pilgrim influx, the challenges of crowd management in queue lines have also been increasing.

If we take a look at the existing modalities of darshan, already TTD is allotting over 22 hours of darshan for the pilgrims. With this time limitation before TTD, the main queries which are often thrown are, can we have limited number and restrict the figures of pilgrims per day or can we have a universal sudarshan system so that pilgrim can book his darshan well in advance or is there any other alternative to overcome hassles of darshan, Mr. Rao added.

The Justice also felt that the behaviour attitude is another important area which needs urgent concentration and there is every need to bridge the gap between employees and pilgrims which has become the matter of concern due to outbreak of emotional levels between two groups. “The employees should be given a work slot not exceeding four hours so that they will not loose their cool whenever there is heavy influx of pilgrims”, he added.

“Apart from all these issues, there is an urgent need to preserve the ecology of the scenic beauty of Tirumala hills from becoming a concrete jungle and for this further constructions in Tirumala need to be freezed”, he added.

“With the time constraint, the efforts of TTD to provide hassle free darshan to all pilgrims have become a challenging task. If we allow the pilgrim to have darshan of Lord from Kulasekhara Padi then we can provide darshan only to 25,000 pilgrims a day(1,300 pilgrims per hour) and laghu is enforced then we can clear 37,000 pilgrims(at a pace of 2,200 pilgrims per hour) and if we impose mahalaghu then we can clear 4000 pilgrim per hour and about 68,000 pilgrims a day. There are days where the pilgrim crowd crossed over one lakh mark. If we restrict the pilgrim numbers to 40thousand in order to provide a better darshan for pilgrims. Then how to deal with the inflow of 40thousand and above figures pilgrims. Where to accommodate them since the guest houses, mutts and chowltries in Tirumala could accommodate only 60thousand pilgrims. But there is need to put total freeze for further constructions from converting Tirumala into a concrete jungle. But we are hopeful that the out come of this seminar will address all these issues and provide a scope for better darshan to pilgrims within the time and space constraints”, the EO expressed.

Tirupati MP, Dr.Chinta Mohan in his address said that this is a very sensitive issue to deal and congratulated TTD for taking up the task in a democratic manner inviting suggestions from all sections of the people by convening the seminar. The MP said that he in his 25years of political career he never entertained any recommendation letters for darshan or accommodation or intervened in temple affairs except during the demolition of 1000-pillar mandapam in Tirumala since he felt it as traditional aberration. He later appealed to the TTD authorities to give preference to the locals and provide darshan for them at least once in a week.

Meanwhile the inaugural session was chaired by Specified Authority member and chairman and managing director of APIDC, Sri V.Nagi Reddy who in his address said that the temple management is endeavouring to provide better darshan for pilgrims in spite of the time and space constraints. He asserted that the seminar will come out with fruitful suggestions for a hassle free darshan to the pilgrims. 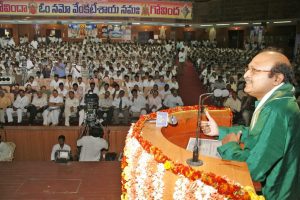 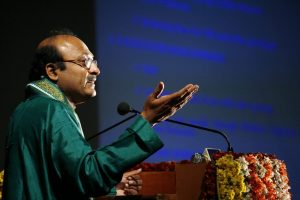 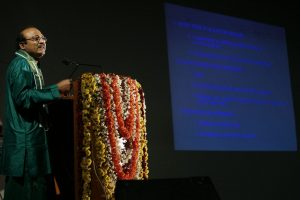 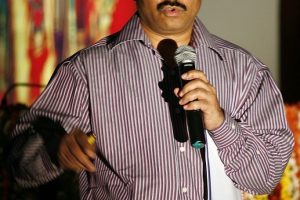 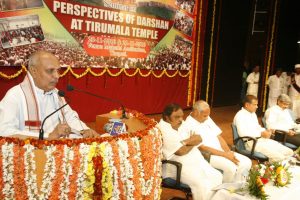 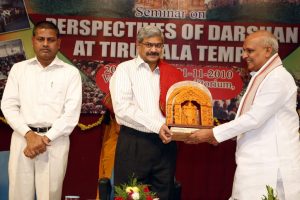 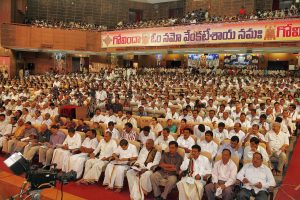 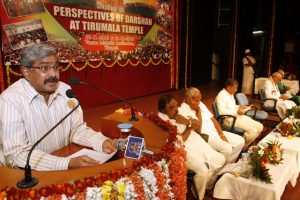 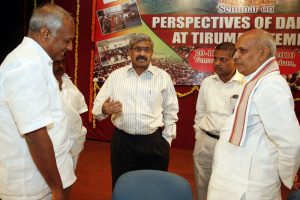 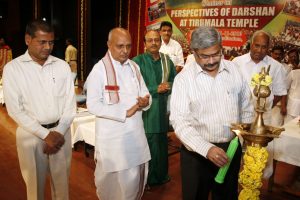 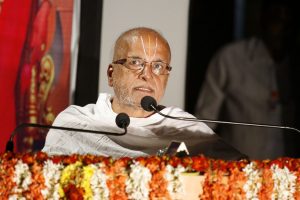