On their arrival, the Hon’ble Union Minister was accorded a grand reception by TTD EO Sri AV Dharma Reddy and temple priests and escorted him to the sanctum sanctorum.

Inside the sanctum sanctorum, priests of Tirumala temple explained to the Hon’ble Union Minister about the significance of Lord and the jewels adorned to the presiding deity. The Union Minister of the nation spent a few minutes praying before the presiding deity of Lord Venkateswara and later reached Ranganayakula Mandapam where he was accorded Vedasirvachanam by temple priests. 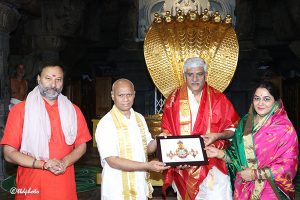 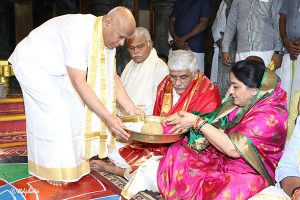 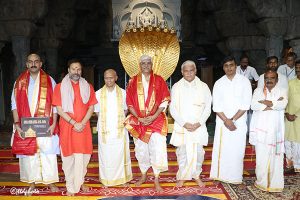 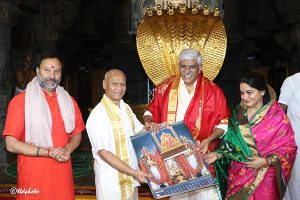