TIRUMALA, 13 AUGUST 2022: The hill temple of Sri Venkateswara Swamy at Tirumala has been witnessing an unprecedented rush with a series of holidays couple with weekend.

On Saturday the serpentine lines have reached even the outer ring road near the Octopus building. It is taking nearly two days for the devotees. As per the 8pm status 56,546 pilgrims had Darshan on August 13.

TTD has again appealed to devotees to postpone their pilgrimage in view of an unprecedented surge in pilgrim footfall due to series of holidays.

TTD Trust Board Chairman Sri YV Subba Reddy said in view of unprecedented rush pilgrim in Tirumala due to series of holidays TTD has cancelled has VIP Break Darshan on recommendation letters till August 21 to give Darshan priority to common pilgrims. 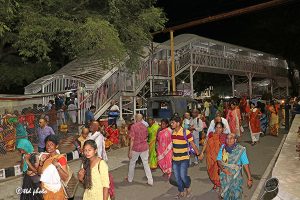 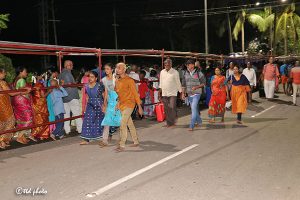 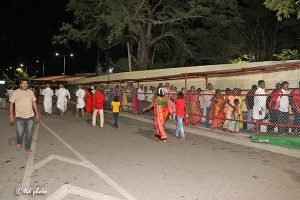 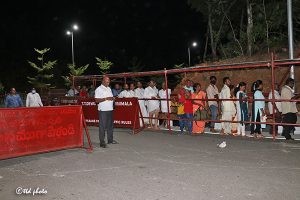