Releasing the posters of the overseas fete on Friday night at Annamaiah Bhavan, TTD Chairman Sri YV Subba Reddy said the celebrations are being scheduled upon the directions of Honourable CM of AP to bring Hindus across the world closer to Sri Venkateswara.

Following the directions, TTD has conducted Srivari Kalyanams and Vaibhavotsavam at several locations in the country and also in US.

Similarly on October 29 at Zurich, Switzerland, Europe, on October 30 at Amsterdam in Netherlands, November 5 at Frankfurt in Germany, in Paris in France on November 6, at London on November 12, at Edinburg in Scotland of UK on November 13. 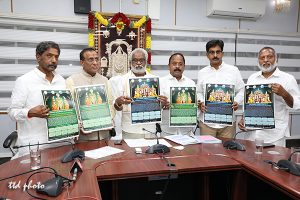 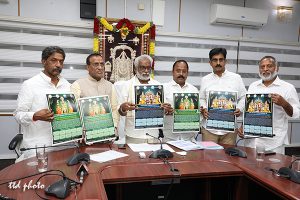