– SELF RELIANCE STEPS FOR SVBC

Addressing a meeting of SVGosamrakshana trust, HDPP and SVBC at SVBC office on Thursday night attended by Goshala organisers from AP, Telangana and Chennai, the TTD chairman said TTD will be at forefront to promote Gosamrakshana and Go based Organic farming.

He also briefed on the hurdles faced in Maintenance pf Goshala’s, Go based Organic farming and production of Pancha gavya products.

He said TTD had organised National Go Maha Sammelan last month to highlight the burning issues in the Go based practices.

He directed the officials to organise a meeting with prominent corporate groups from Karnataka Tamilnadu, Telangana and AP to make them partners in the Gosamrakshana campaign.

He as part of agenda to spread the sanatana Hindu dharma campaign across the country TTD will take up a program to donate a pair of cow &calf to 100 temples in South Indian states of Karnataka, Tamilnadu, Andhra Pradesh and Telangana and asked the TTD board members of those states to shoulder the responsibility.

He also asked officials to prepare action plans to conduct the Karthika dipotsavam fete in major cities like Delhi, Mumbai etc. on the lines of the event held at Visakhapatnam on November 29.

The TTD chairman also lauded the senior officials of the SVBC channel for its spectacular development activities as the number of devotee viewers had shot upto Two crores.

He said instructed TTD officials to make plans to popularise the Kannada and Hindi version of SVBC launched by the AP Chief Minister Sri YS Jaganmohan Reddy in October last.

He said by attracting donations the agenda of TTD was to make the channel self-reliant. 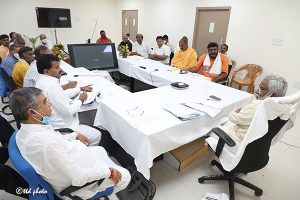 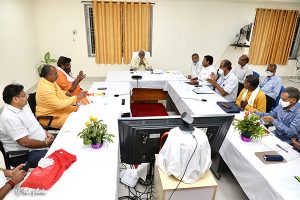 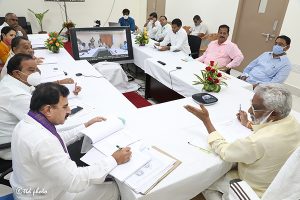 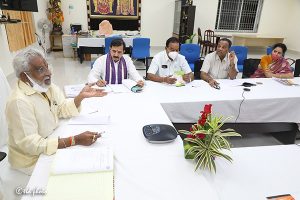 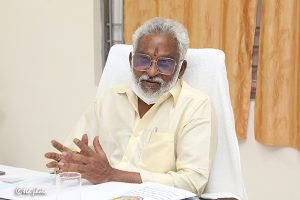 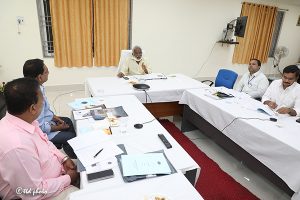 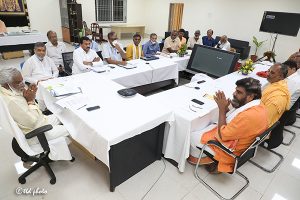