Tirupati, 28 July 2022: TTD EO Sri AV Dharma Reddy directed representatives of AFCON company who had undertaken the construction works of Srinivasa Sethu in Tirupati, to complete the works by December for the convenience of pilgrims coming for Srivari Darshan at Tirumala and also residents of Tirupati city.

TTD EO reviewed the progress of ongoing works of Srinivasa Sethu with Tirupati Municipal Commissioner Ms Anupama Anjali, JEO Sri Veerabrahmam and other officials at his chambers in the TTD Administrative Building on Thursday.

Speaking on the occasion the EO said the works on Mangalam Road-Leelamahal Circle approach road be completed by September 15. Similarly, the works in Lakshmipuram Circle-Ramanuja circle be finished by August end.

He directed that the works on the Railway over bridge section be completed within 3 weeks for the convenience of the residents of Tirupati.

He said TTD is ready to provide all support including timely release of funds and that the builders should take all steps to maintain quality standards.

He also suggested that the TTD JEO, Chief Engineer and TMC officials should coordinate efforts and conduct frequent inspections and oversee the completion of works. 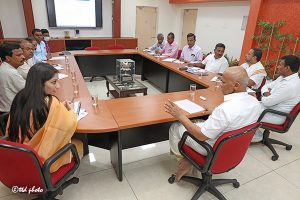 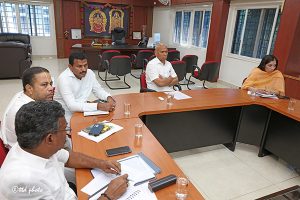