HYDERABAD, 12 OCTOBER 2022: The Devotees had a divine visual of Sahasra Kalasa Abhisheka Seva offered to Sri Bhoga Srinivasa Murthi-the silver replica deity of Mula Virat, at the NTR Stadium in Hyderabad on Wednesday as part of the ongoing Sri Venkateswara Vaibhavotsavams.

After the morning sevas of Suprabhatam, Tomala, Archana, Koluvu, Nivedana and Sattumora, the unique Sahasra Kalasabhishekam was performed on Wednesday.

Besides the replica of the one-foot tall Bhoga Srinivasa Murty, the replicas of the processional deities of Sri Swamy varu along with his two consorts, Sri Viswaksena-the chief commander of Lord were also rendered the special Abhishekam on the occasion.

According to the temple legend, the idol of Sri Bhoga Srinivas Murthy was consecrated by the Pallava Queen Samavai Perundevi in 614AD and every year, to mark this auspicious occasion, TTD observed Sahasra Kalasabhishekam at Bangaru Vakili. Similar fete was replicated for the sake of devotees at Hyderabad on Wednesday.

Swamy with His two consorts Sridevi and Bhudevi are also brought from the Sanctum along with the idol of Viswaksena. The deities were offered holy bath with the aromatic Parimala Theertham filled in the one Thousand and Eight Silver reciting Pancha Suktas and the Pancha Shanthi Mantras by Acharya Purushas.

The entire event lasted for nearly one and a half hours between 8.30am and 10am. The devotees who took part in this celestial ritual were immersed in the devotional waves chanting “Govinda…Govinda” with utmost religious fervour and devotion.

Yet another unique and important ritual, the Tiruppavada Seva, which is usually offered on every Thursday in Tirumala temple, will be replicated during the ongoing Sri Venkateswara Vaibhavotsavams on October 13 between 8.30am and 10.30am. 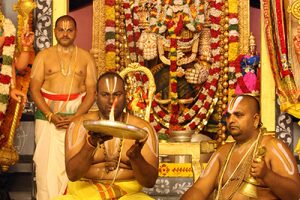 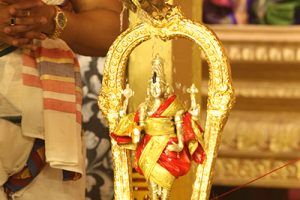 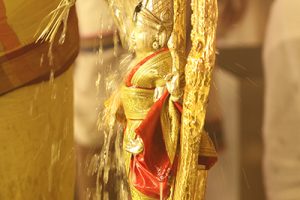 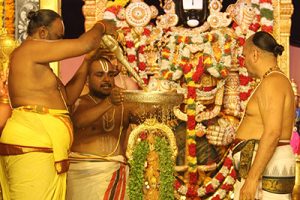 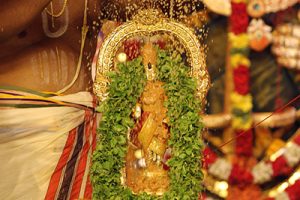 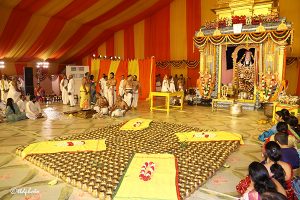 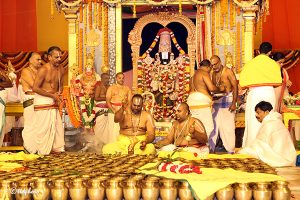 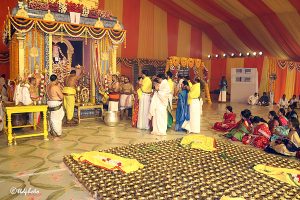 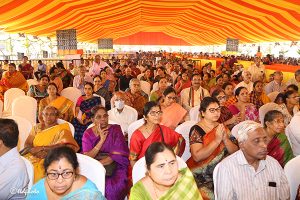 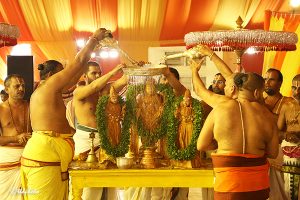