Tirumala, 6 October 2019: The floral decorations inside and outside Tirumala temple which remained as a special attraction during annual brahmotsavams has been contributed by 34 donors hailing from different states,  said,  Sri Srinivasulu, Deputy Director of Garden Wing of TTD.

Addressing media persons at Media center in Tirumala on Sunday he said on the directions of TTD EO Sri Anil Kumar Singhal and under the supervision of Additional EO Sri A.V. Dharma Reddy nearly two lakh cut flowers and 50,000 seasonal flowers were utilised for decorations in  Srivari temple and at other major locations in Tirumala.

He said 200 expert decorators were deployed in flower arrangements apart from their regular garden staff.

For the first time we are putting a flower and fruit setting of Mandapam at Varaha Swamy temple on the occasion of Chakra snanam on October 8 which will be a cynosure to devotees. 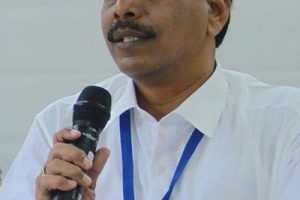