POMP AND GAIETY MARKS THE GOPUJA ON KANUMA DAY

NARASARAOPETA, 15 JANUARY 2021: On the auspicious occasion of Kanuma festival, Kamadhenu Gopuja was performed by TTD at Narasaraopeta in Guntur district which was graced by Honourable of Andhra Pradesh Sri YS Jaganmohan Reddy.

The traditional fete took place amidst pomp and gaiety with people turning in large numbers to cherish the unique Go puja Mahotsavam held at the spacious Sports Authority Stadium Grounds here on Friday.

The entire grounds is decked with traditional look with pandals, colourful rangolis, flower decorations and with a separate yard housing many cows.

After performing Puja to both the cow and calf, CM offered new vastrams and Harati to the holy bovine. Later he wished the people who gathered to witness the Kamadhneu Gopuja, the festival Greetings and aspired that the fruits of the festival would bring good fortunes to every one.

It may be mentioned here that as part of Hindu Sanatana Dharma, TTD has taken up a unique programme called Gudiko Gomata recently by presenting a cow and calf to every temple as a part of the mission.

According to Hindu Sanatana Dharma, Cow has got a prominent place and being revered as an embodiment of 33 crore deities. Cow has the potential to absorb and emanate the Principles of all these deities. To protect and promote the cows, this year, the Kanuma Go puja was observed in a big way across the state in all the temples on the festival day. 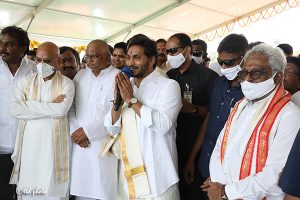 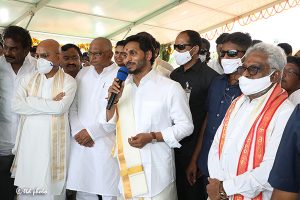 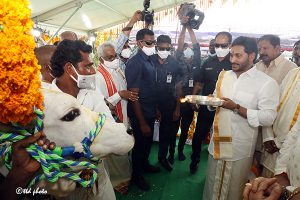 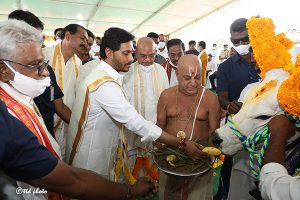 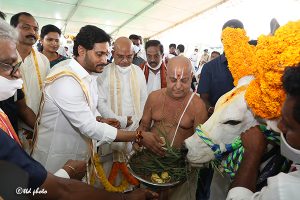 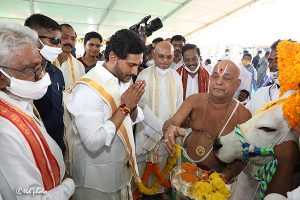 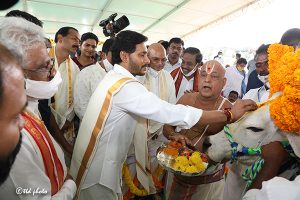 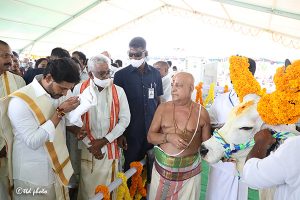 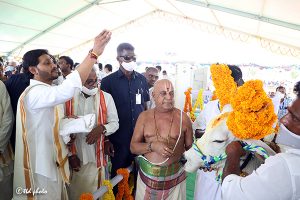 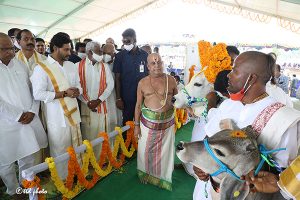 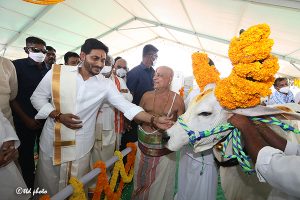 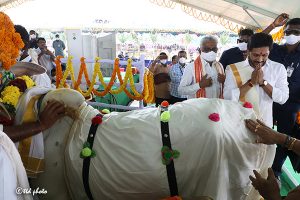 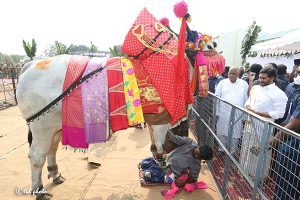 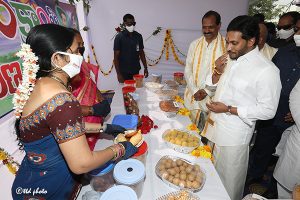 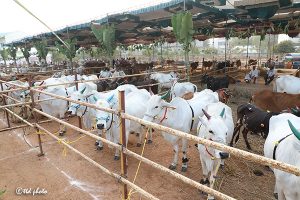 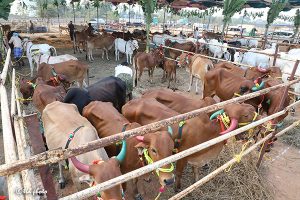 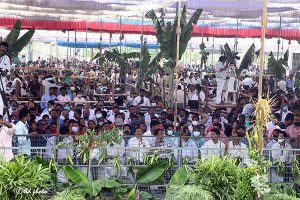 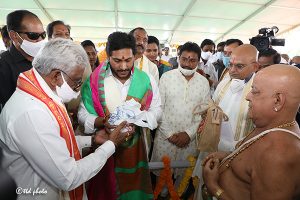