Tirumala, 1 Oct. 19: The garlands artistically well knitted out of the seeds of Broad Beans (Chikkudukaya) and Peanuts (Verusenaga)remained as a cynosure on the first day of Snapana Tirumanjanam as a part of ongoing annual brahmotsavams on Tuesday afternoon.

The special abhishekam fete was performed to the processional deities of Sri Malayappa Swamy,  Sridevi and Bhudevi seated on a special platform at Ranganayakula Mandapam amidst chanting of Vedic hymns by pundits. Kankanabhattar Sri Sitaramacharyulu carried out the entire event.

Deities were decked with nine varieties of garlands during the event which lasted for nearly two hours. Each time the ingredient of abhishekam changed, garlands were also changed in a colourful manner.

According to Garden wing Deputy Director Sri Srinivasulu, for the first time garlands, were made of Peanuts, bean seeds, Pagadapu flowers, Dry cherries. The others include Cardomom, Dry Grapes,  Rose petals,  Kuskus and Tulasi.

While the entire mandapam is decked with Orchids brought from Indonesia and Thailand. Oriental Liliums, Gladiola,  Crysanthimum have also been used to deck the mandapam.  Apart from 400kilos of traditional flowers also brought for decoration.

The devotees across the globe have cherished the live telecast of Snapanam on Sri Venkateswara Bhakti Channel. 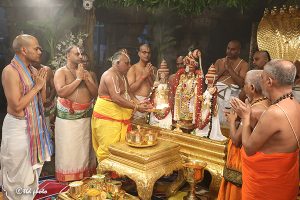 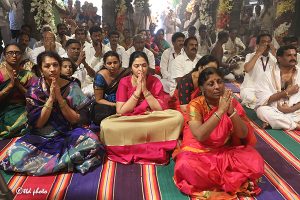 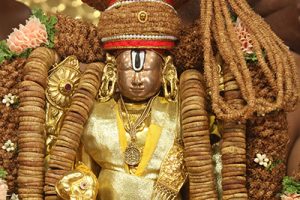 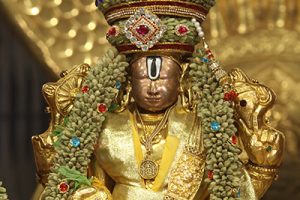 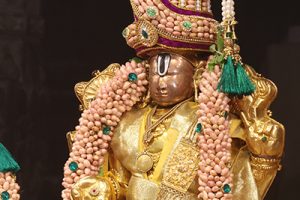 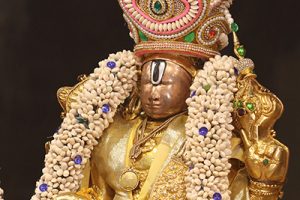 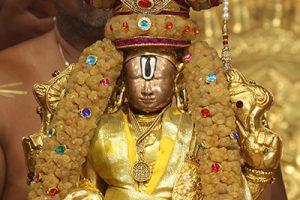 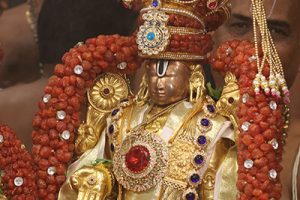 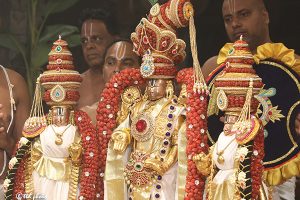 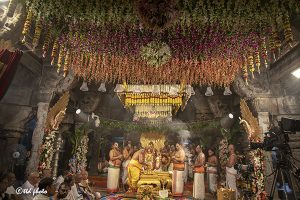 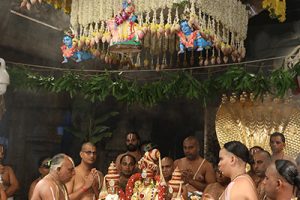