Tirumala, 10 Oct. 20: The new Executive Officer of TTD Dr KS Jawahar Reddy expressed that he is blessed to get an opportunity to render services in the coveted post in the divine abode of Lord Venkateswara.

Speaking to media outside the temple Dr KS Jawahar Reddy said he had completed his studies in Veterinary Sciences at Tirupati. It’s his long time wish to serve in the abode of Sri Venkateswara Swamy as His ardent devotee. He said that he would further strengthen the system for the benefit of the common devotees.

Earlier he climbed Tirumala trekking the Alipiri footpath in the morning. Following the temple tradition, Dr Reddy had darshan of Sri Varahaswamy and later entered Srivari temple through the Vaikuntam queue complex.

Thereafter the new TTD EO along with family members had Srivari darshan. Later the Vedic Pundits rendered Vedasirvachanam to the EO. He was presented Theertha Prasadam and portrait of Lord Venkateswara by Additional EO Sri AV Dharma Reddy. 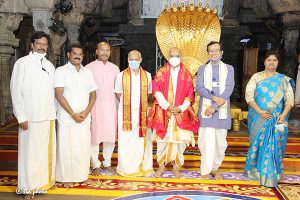 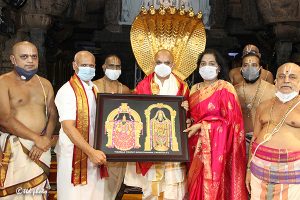 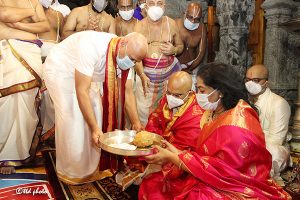 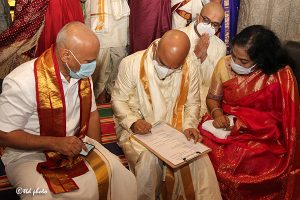 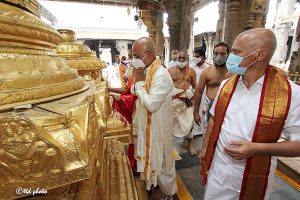 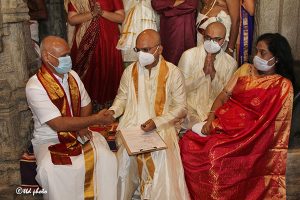 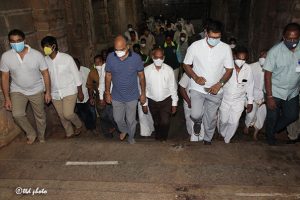 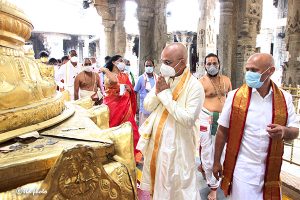