Tirupati, 9 July 2010: The 500-year coronation festival of Sri Krishnadevaraya will be conducted jointly by the State Government and TTD at Chandragiri Fort on July 14th  and 15th told Sri D.K.Audikesavulu, Chairman, TTD.  On Friday morning, he reviewed the arrangements for the smooth conduct of the 2-day festival with TTD and officials of District administration at his Camp Office in Tirumala.  He asked the officials to arrange flower decoration, photo exhibition and electrical illumination in and around Chandragiri fort.  He suggested the officials to change the venue of cultural activities from Mahathi Auditorium to Chandragiri fort during those two days.  Necessary publicity, Arches in important junctions both in Tirupati and Chandragiri, transportation facility etc. may be looked after by the district administration he added.

‘Jayaho’ a dance ballet will also be played by Babu Cultural Organization of Kakinada at the venue.  Sri Prasad, RDO, Sri  Penchal Reddy, Vice-Chairman, TUDA, Sri Chandramouli, PD, DWAMA, Sri Sudhakar Rao, Superintending Engineer and other officials were present.  Later he visited Chandragiri fort and issued necessary instructions and suggestions to the officials on the arrangements. 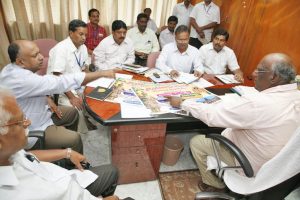 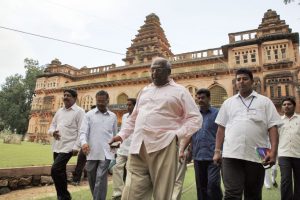 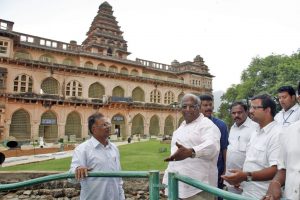 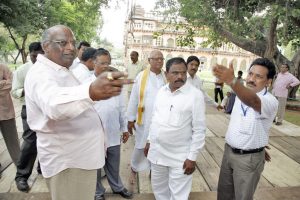