Tirumala,18 September 2022: Every year, during the nine-day annual Brahmotsavams of Sri Venkateswara Swamy in Tirumala, Lakshmi, Maha Lakshmi, Padmavathi, Padmaja, Avanija, Vaishnavi and Srinidhi gets the opportunity to lead the grandeur of Vahana Sevas of Sri Malayappa Swamy along four Mada streets in Tirumala. These Sisters’ Act allures tens of thousands of pilgrims every year during the annual fete.

They are not the VIPs or any Celebrities, but the temple elephants which have been relishing the divine festival for the past many years. Among these Seven Pachyderms, Lakshmi is the oldest aged 45years while Sri Nidhi is the junior most with just 14 years.

In the creation of the Almighty, all creatures are equal. Even in His nine-day mega religious festival, not just humans, but decorated Elephants, Horses and Bulls get equal importance and are scheduled to triumph in their roles as “Show Stoppers” of Srivari Vahana Sevas all along the four Mada streets.

Walking to rhythmic music and drum beats they herald the grand arrival of Sri Malayappa and His consorts with majesty. They earn standing ovations of devotees in galleries as they trot along Mada streets throughout the nine-day festivities.

All these blessed animals are maintained in the SV Goshala at Tirumala. There are seven Pachyderms, five Horses and over three dozen Bulls which are being utilised as Front Guards in the procession paraphernalia during important festivals of the TTD-run temples including Sri Govindaraja Swamy, Sri Padmavathi Devi, Sri Kodanda Rama Swamy, Sri Kalyana Venkateswara Swamy, Sri Kapileswara Swamy besides Tirumala temple.

SIGNIFICANCE OF ELEPHANTS, HORSES AND BULLS IN HINDU SANATANA DHARMA

In the Santana Dharma, Elephants symbolize royalty, majesty, strength, divinity, abundance, fertility, intelligence, keenness, destructive power, and grasping power. Besides Elephant is the favourite carrier of Sri Mahalakshmi Devi-the Goddess of Wealth and Prosperity. Even during the annual Brahmotsavams in Tirumala, Sri Malayappa takes a celestial ride on Gaja Vahanam on the sixth day evening.

The Horses symbolize speed, beauty, purity, and the expansive power of freedom, grace, and strength. Horses are associated with many Hindu deities as vehicles such as Indra, Surya, Vayu, the Rudras, and Maruthi. The Vahana Sevas of Tirumala culminates with Aswa Vahanam during the annual Brahmotsavams.

The Bulls represent strength, aggression, and fighting power and are the favourite vehicle of Lord Shiva in Hindu Mythology. Nandi Vahanam is being observed in all the temples dedicated to Lord Shiva on the auspicious day of Maha Sivaratri.

According to Dr Harnath Reddy, the Director of SV Gosamrakshanashala says male elephants are not kept as they are tough to control. It annually costs almost ₹6 lakhs for the upkeep of one elephant and ₹3 lakhs per month to feed all elephants. They have to be fed every half an hour. Even morning walks and massages are also rendered to them to keep them fit.

He said special care is taken to protect the Pachyderms from bright lights and heavy sounds caused by drums etc. during Brahmotsava vahana sevas. The animals are exposed to the atmosphere of sound and lights a few days ahead of Brahmotsavam vahana sevas to make them accustomed to the light and sounds. They are fed with Napier grass and sugar cane every 20 minutes during the procession to keep them calm.

TTD has deployed special elephant handlers from Kerala‌ to train the Pachyderms used during Srivari Brahmotsavam vahana sevas. The animals are subjected to regular health checkups before being deployed on Brahmotsavam duty. Elephant experts are also present during vahana sevas to take needed precautionary measures. A special lane has also been earmarked for the entry of these elephants on the Mada streets.

All the animals participating in the Vahana Seva processions are richly decorated with colourful designs, flowers and special bright clothes and covers. Elephants, Horses and Bulls are provided with bright and colourful face make-up, colourful decorations etc. The elephant handlers get colourful uniforms and also carry umbrellas and batons to guide the animals.

On Garuda Seva day, the portrait of Sri Malayappa Swamy is carried by an elephant. TTD has also made arrangements to provide rich food for the animals showcased on Mada streets. They are provided tasty banyan leaves, Ragi balls, and sugar cubes while on Mada streets at frequent intervals.

DEVELOPMENT OF SV GOSALA AT TIRUMALA

TTD has taken developmental works in eight more acres of area located adjacent to the SV Gosala in Tirumala. From the existing total animal strength which includes 45 Desi Bulls and Cows, the temple management wants to extend the strength of bovines to 100. 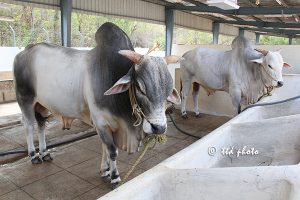 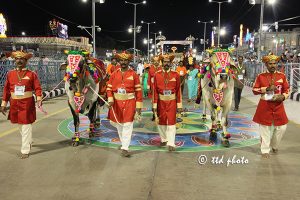 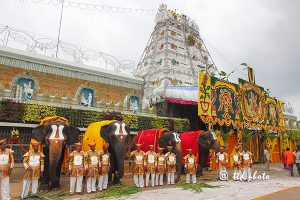 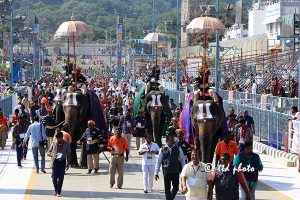 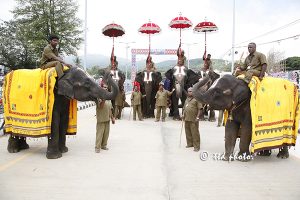 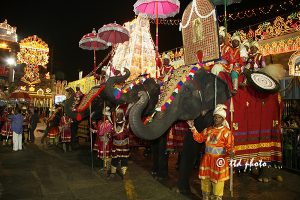 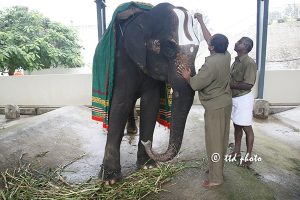 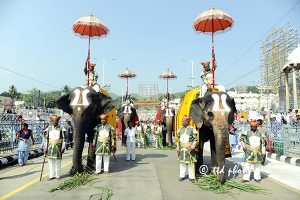 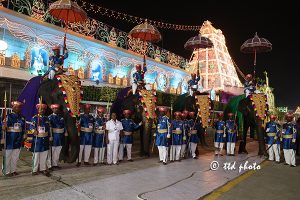 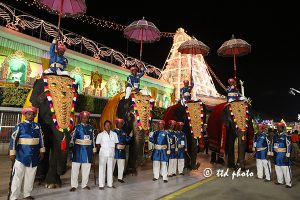