On his arrival at the Mahadwaram of the temple, he was received by TTD EO Sri AV Dharma Reddy and accompanied for Srivari Darshan. After the darshan of the presiding deity, the former CJI had Vaikuntha Dwara Darshan. Later he was rendered Vedaseervachanam at Ranganayakula Mandapam.

The EO presented him Srivari Theertha Prasadams and 2023 TTD Calendars and Diaries. 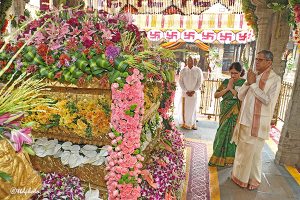 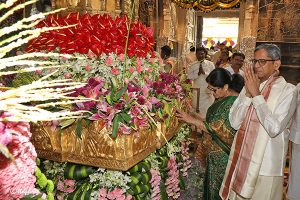 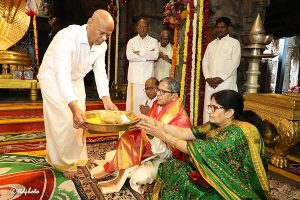 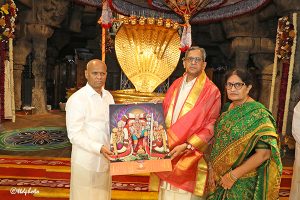