TIRUPATI, 07 NOVEMBER 2022:Under the instructions of the Honourable CM of AP Sri YS Jaganmohan Reddy, TTD has taken up the Hindu Dharma Prachara in a big way with various dharmic, spiritual programmes across the country and offering a transparent administration, said TTD Trust Board Chairman Sri YV Subba Reddy.

Speaking on the auspicious occasion of Karthika Deepotsavam held at Yaganti Divya Kshetram in Nandyala District on Monday evening, the TTD Board Chief credited that the present Trust Board made a history by releasing white paper on the assets, gold, immovable properties and bank balances of TTD in a transparent manner.

The Chairman said, TTD has made it clear that every penny offered by the devotees in Srivari Hundi will be deposited in various  made by Banks and TTD has released a white paper on immovable properties a few months ago in a transparent manner and total deposits and gold in banks a couple of days ago for the information of devotee.

He said, the white paper included that TTD invested Rs.15, 938 crores and 10, 258 kilos of Gold deposits in various banks. This was for the first time to declare the details about TTD in public since its inception in 1933, he added.

The TTD Chairman briefed the series of Dharmic activities taken up by TTD in the recent times as a part of Santana Hindu Dharma Prachara, including Gudiko Gomata, Gopuja, construction of temples in Metros, Cities etc. Another 1500 temples are underway in the backward areas which will be completed in next couple of years”, he added.

Explaining the significance about Karthika Maha Deepotsavam, the Chairman said, by lighting millions of ghee lamps the entire human life with remain strong, healthy, thereby making the nation to achieve overall progress, which was clearly stated in Hindu scriptures, he maintained. So TTD has been organizing Deepotsavams in various places including in Visakhapatnam on November 14 and on November 18 in Tirupati.

The entire pilgrim centre has donned a new look on Monday evening under the illumination emanated by the ghee lit lamps by tens of thousands of devotees who took part in the mega light festival with utmost enthusiasm.

The devotional dance ballet by students of TTD’s SV College of Music and Dance, sankeertans by Annamacharya Project artists, commentary by Vedic Pundit Dr Ramanujacharulu stood as a special attraction for the entire event.

The devotees chanted Deepa Mantram and Lakshmi Astottaram, Vishnu Sahasra Nama Parayanam in chorus with the archakas and performed Deepotsavam as per the instructions of the pundits. 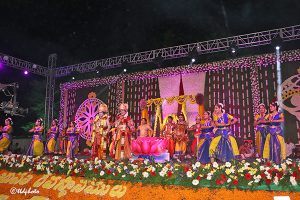 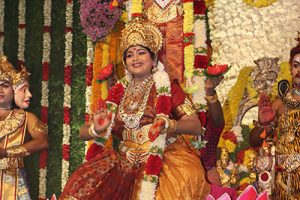 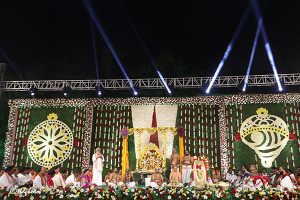 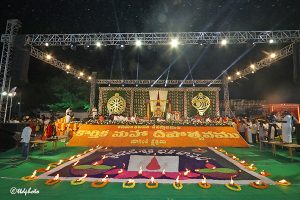 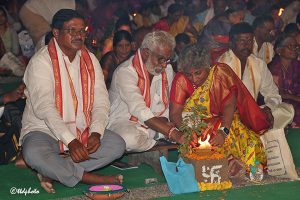 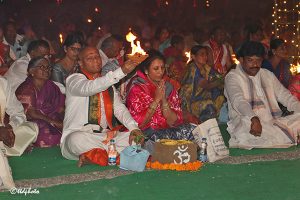 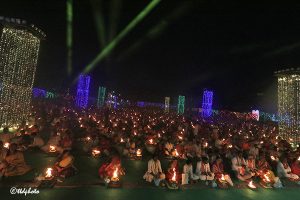 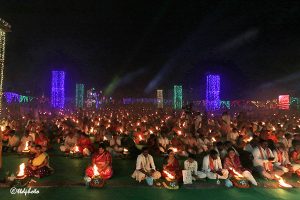 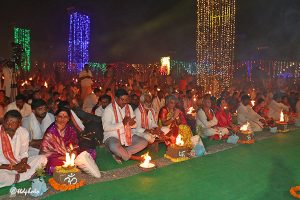 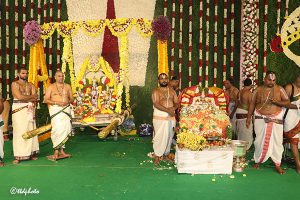 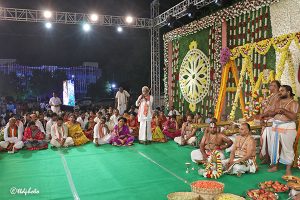 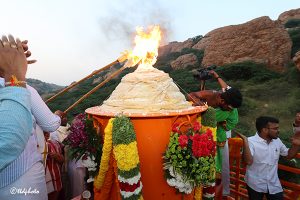 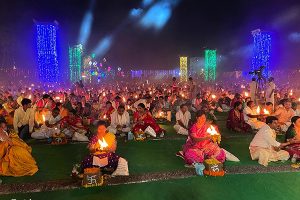