He told reporters after inaugurating the medical infrastructure at  SVIMS  comprising of a gamma x-ray unit and a Cath lab, that   YSR had prioritized funds for health care benefits for both rural and urban poor in spite of the financial crunch. He said  Andhra Pradesh had become a role model for other states in providing social welfare and healthcare benefits for the rural and urban poor.

Later he also inaugurated an eye care centre  -Srinivas Shankar Netralaya at the TTD  administrative complex for which donations poured from al Chennai-based Ajay Rathi to the tune of Rs.50 lakhs. The TTD has already received a donation of  Rs. One crore from philanthropists for setting up the eye hospitals. 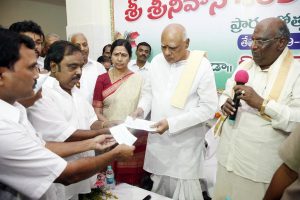 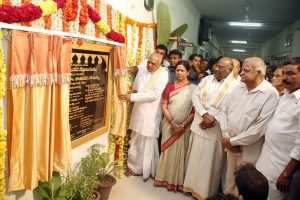 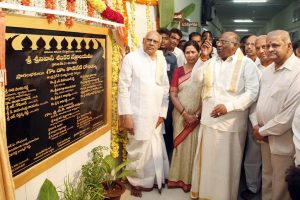