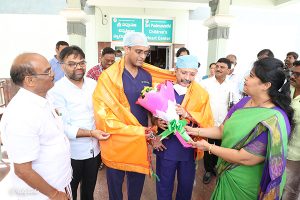 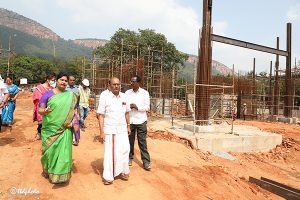 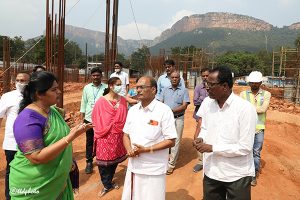 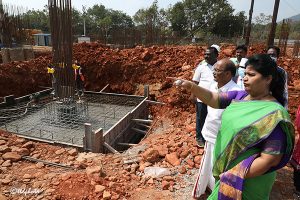 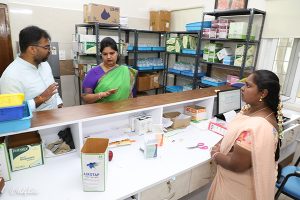 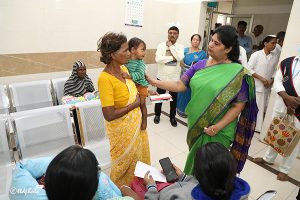 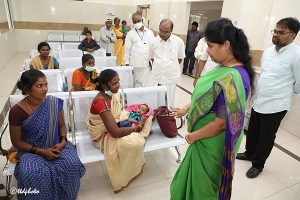 TIRUPATI, 21 JANUARY 2023:  The JEO(H&E) Smt Sada Bhargavi on Saturday thoroughly inspected the ongoing construction works of the upcoming Paediatric Hospital at Alipiri along with the Engineering Officials.

At the construction site, she instructed EE Sri Krishna Reddy to ensure that the first level of works be completed before February end as per schedule. Similarly, she directed the concerned to review the progress of works on a daily basis to avoid any delay in the execution of works.

Later she also visited Sri Padmavathi Children’s Heart Centre (SPCHC) and inspected the OT, Medical Store, cath lab etc. She also interacted with the patients to know about the medical services and other amenities being provided to them, to which they expressed immense pleasure.

She also instructed the DFO Sri Srinivasulu to develop greenery outside as well inside the Hospital premises to provide an aesthetic feel to the patients and their attendants. “Plan some dioramas of Mother and Child, Tirunamam, Shanku and Chakra etc.with the greens itself”, she said.

Similarly, she also instructed the officials to form a WhatsApp group with TTD Engineering including Civil, Electrical, Waterworks, Vigilance, Health and the Resident Doctors of SVIMS, BIRRD and SPCHC to rectify the defects related to any of the above departments without delay.

The JEO appreciated the Doctors team led by the Director of the Paediatric Center Dr Srinath Reddy, Dr Ganapathi and others who have so far successfully carried out over 1000 plus heart surgeries in the hospital and given new lease of life to many children. She also congratulated everyone for the maiden successful Heart Transplantation carried out in the hospital a couple of days ago.

She said the boy who underwent heart transplantation has spoken with her. “With the benign blessings of Sri Venkateswara Swamy the boy was successfully treated by the team of our dedicated doctors. However he will be under observation in hospital for a week”, she added.