TIRUMALA, 28 JULY 2022: With an aim to provide priority to the multitude of common pilgrims who throng Tirumala during the ensuing annual Brahmotsavams which are scheduled between September 27 and October 5, TTD has cancelled all privileged darshans, said TTD EO Sri AV Dharma Reddy.

Speaking to media persons at Annamaiah Bhavan in Tirumala on Thursday, the EO said, as TTD is organizing the mega religious festival after a gap of two years due to Covid pandemic, heavy influx of pilgrims from across the country is being anticipated. “Keeping this in view we have decided to cancel all other formats of darshans including Rs.300, VIP Break(except for self protocol VIPs), SRIVANI Trust, Donors, physically challenged and senior citizens, NRIs, infants etc. during these nine days. Only Sarva Darshanam will be operated”, he maintained.

Later briefing about the important days during the annual brahmotsavams, the EO said, on September 27 Dhwajarohanam, October 1 Garuda Seva, October 2 Swarnaratham, October 4 Rathotsavam, October 5 Chakra Snanam will be observed. He said the Honourable CM of AP Sri YS Jaganmohan Reddy will present silk vastrams on behalf of the State Government on the first day of Brahmotsavams on September 27.

“This year the most important vahanam, Garuda Seva is taking place on October 1, Saturday which also happens to be the Third Saturday during Purattasi month which is considered auspicious especially for Tamil pilgrims. So we are anticipating considerably huge number of devotees on that day and we have also requested the district administration to gear up for the same”, he observed.

Earlier, the EO along with the Tirupati District Collector Sri Venkatramana Reddy, Tirupati SP(U) Sri Parameshwar Reddy and other TTD and district officials held a detailed meeting on the arrangements to be made for the ensuing annual brahmotsavams at Tirumala. 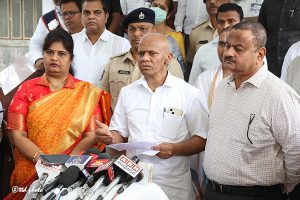 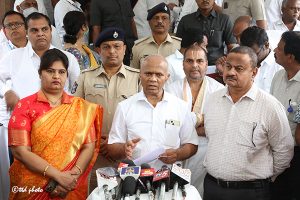 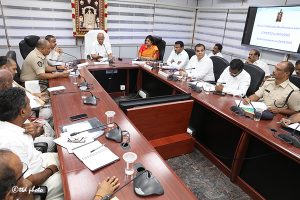 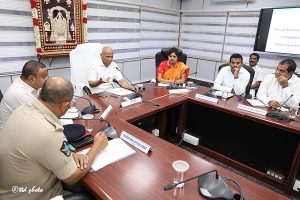 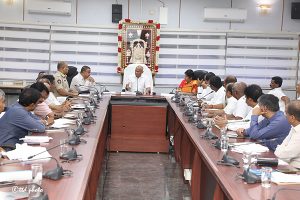 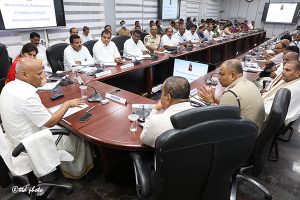 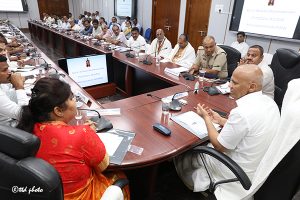