OVER ONE LAKH HAD V-DAY DARSHAN THROUGH VAIKUNTHA DWARAM-TIRUMALA JEO SRI K.BHASKAR

TIRUMALA, DECEMBER 18:  The Vaikuntha Ekadasi Darshan passed away in a smooth manner with over 1.05lakh pilgrims having the darshan of Lord Venkateswara on this auspicious day on Friday through Vaikuntha Dwaram said, TTD Tirumala Joint EO Sri K.Bhaskar.

Briefing media persons on Saturday at Annamaiah Bhavan in Tirumala on Saturday, the JEO thanked the pilgrims on behalf of TTD for showing patience in spite of long waiting hours in queue lines and co-operating with the temple management to have a hassle-free darshan. Giving the statistical data, he said even only 1402 persons availed the VIP passes on Vaikuntha Ekadasi day and this has benefitted more number of pilgrims to have darshan of lord. “But there was an unprecedented turnout of footpath route pilgrims than we expected as over 58thousand pilgrims in this category had darshan of Lord Venkateswara”, he added.

He said over 40thousand pilgrims utilised Annadanam facility in the canteen while the food packets, milk and coffee were continuously served in the queue lines and compartments for the waiting pilgrims. 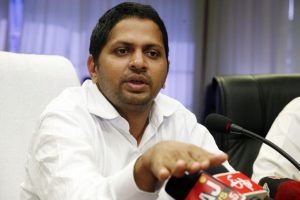