Tirumala , September   30: “ Our focus  will remain with priority  for  common  devotees hence forth  and every step to reduce their hardships and improve their comforts and darshan hours will be on the anvil in the coming days “ said  Sri. I Y R Krishna  Rao, the executive officer of the Tirumala Tirupati Devasthanams.

Disclosing this  at  a press briefing on the conclusion of the nine day  festival  Sri.I.Y.R. Krishna Rao , the Executive Officer of the Tirumala Tirupati Dewasthanam’s  said the collections  were  comparatively lower   this  year   due to  focus on common  devotee and  free service and  discouragement of  Arjitha  Sevas, cellar darshans and VIP breaks.

He said  swine flu might had  not  impacted the  Brahmotsavam  due to  high level of preparedness   and  awareness  campaign through media and television publicity . “ A visiting  Government of India  health  official ( Mr. Vineet Chowdhary ) had paid  kudos to our campaign and efforts  to combat  challenge of  Swine  Flu  during the Brahnotsavam “ said  Rao .

Rao said there was  good  crowd for  the  Brahmotsavam  and also  for  the  Garudotsavam on the fifth day . “ Last year  Garudotsavam had  attracted larger crowds  due to coinciding  Peritasi Shanivaram” he said.

The Executive Officer  said  for the first time  the  common devotees were provided the privilege of  darshan  during   the Abhishekham period  and also  upto  the Kulasekhara (closer to the  main  idol – just  five feet away )  during  the Brahmotsavam . “ Such a privilege was not provided  to common  devotees who came through the sarva darshan in the known history  of the  Srivari Temple “.

In spite  of all the  impediments  like  swine flu  scare  etc  the free darshan number had  gne up  to 5.62 lakhs  this year  as  against   5.52 in the  previous year . The APSRTC  had  moved  up and down   nearly  ten lakhs pilgrims this year . Nearly  2300  srivari sevaks  worked  day and night everyday  and 1400 scouts guides  joined their efforts  to make Tirumala  a safe and clean  deotional  destination  for  all  pilgrims .

He said  a  total  of  25 Million Gallon litres  were supplied  in Tirumala  through out the Brahmotsavam period  and  250  tonnes of  garbage was cleaned  .

The  executive officer Krishna Rao said in the coming days several new initiatives for  foot walkers , beautification of  Tirumala in coordination with the endownment department will be rolled out. “ Tirumala will become  self  sufficient in provision of flowers- both  traditional  and  cut flowers  for  use of  Srivari Temple round  the year “.

He said  a media point will be set up at the near  Mahadwaram   to avert   inconvenience to other  pilgrims  whenever VVIPs  visited the Temple and address  the Press after darshan. 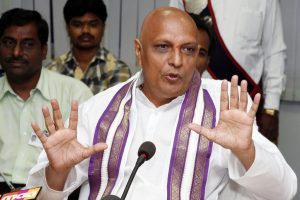 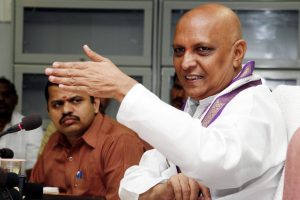 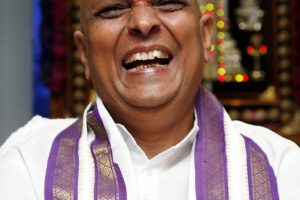 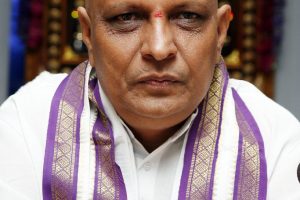