While reviewing the arrangements for annual brahmotsavams at Annamaiah Bhavan, Tirumala on Tuesday evening he directed the reception officials to provide donor accommodation to the self donors only and no advance booking for accommodation during Brahmotsavam. He directed the Engineering officials to complete the pending works if any at an early date, besides barricades, water taps in four mada streets. He asked the health officer to give top priority to cleanliness and to keep tirumala clean and green. Necessary ambulances, first aid centres should also be arranged he told the Chief Medical Officer, TTDs. To avoid any untoward incidents in Tirumala, he asked the police officials and Chief Vigilance and Security Officer to be vigilant in respect of Security, Traffic problem he asked the Chief Engineers TTDs to arrange parking places at Employee’s quarters, in front of PAC – II and other places so as to accommodate more number of vehicles.

He asked the TTD Electrical Engineers to arrange lightning illuminations in Tirumala, Local Temples, footpaths and Guest Houses besides the Arches with different kinds of pictures. Later he inspected some of the places in Tirumala along with officials. 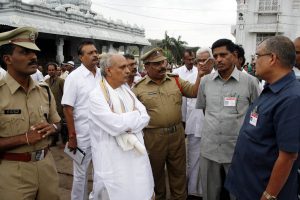 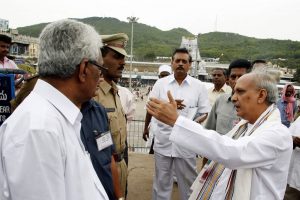 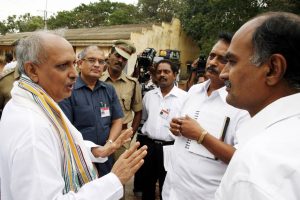 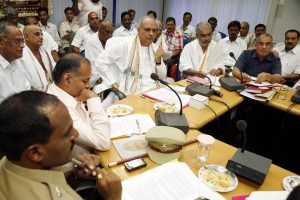 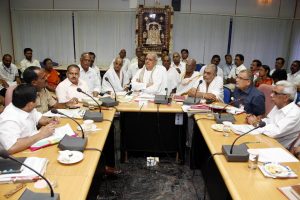 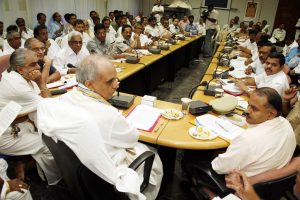 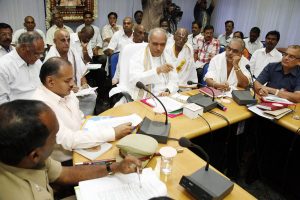