TIRUMALA, AUGUST 7:   The pilgrims belonging to various faiths other than Hinduism have who are visiting Tirumala shrine have to sign in the Declaration Form which has been made mandatory by TTD will come into effect from August 13, said Tirumala JEO Sri KS Srinivasa Raju.
Speaking to media persons in Annamaiah Bhavan at Tirumala on Thursday, he said, as per the GO MS No 311 of Revenue Endowments-1, Rule no.136, any non-Hindus who have faith in Lord Venkateswara used to sign in the Declaration which is placed at Vaikuntham Queue Complex stating that he or she had faith in Hinduism.  Keeping in view the convenience of the pilgrims, TTD has decided to keep the declaration registers even at JEO office, Peishkar Office and at all sub-enquiry offices in Tirumala, JEO maintained.
He triplicate forms will be available in all the offices out of which one will be given to Pilgrim, the other is forwarded to the Arjitham office and the third one remains in the same office where the non-Hindu pilgrim is given a signed declaration.
ISSUED BY TTDs PUBLIC RELATIONS OFFICER, TIRUPATI 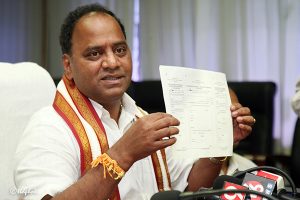 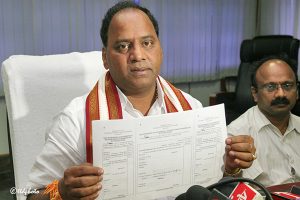