Considered as the most pious among all the Homams, the temple administration has decided to perform chaturveda havanam in Tirumala twice in a year during the auspicious periods of Dakshinayanam and Uttarayanam for the welfare and prosperity of entire man kind across the globe.

Addressing the occasion, TTD EO said, “The Dakshinayana Chaturveda Homam was performed for six days during November last after the successful completion of forty-day Nitya Veda Parayanam in Tirumala which began soon after the brahmotsavams on September 13. Now we are performing this in the celestial period of Uttarayanam”.

Further adding, Sri Rao said, TTD has been performing these sort of homams as a part of its mission to promote, propagate and preserve Hindu Sanatana Vedic Dharma. In this Chaturveda Havanam, the vedic scholars will chant the vedic hymns from Rig, Yajur, Sama and Adharva vedas, all  at a time, which is considered to be most auspicious and good for the entire humanity. Apart from performing the yaga, the vedic pundits have displayed charts showing various utensils, kits etc. that have been used to perform Homams. The pilgrims can take part in this homam and make their lives blessed”, he added.

The EO said, “With an aim to promote Vedas and Vedic knowledge, we have ensured additional privileges to the donors of Sri Venkateswara Veda Parirakshana Trust who come forward to donate over Rs.1cr for this trust like providing an opportunity to the donor to perform Sava Kama Prada Lakshmi Srinivasa Yagam in Srinivasa Mangapuram in Tirupati”. 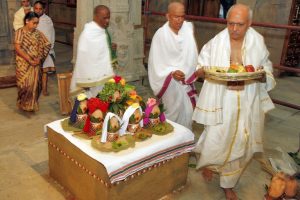 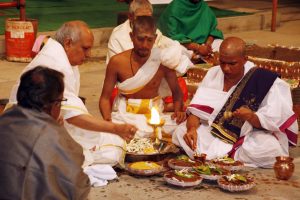 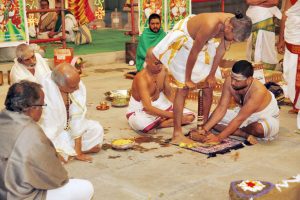 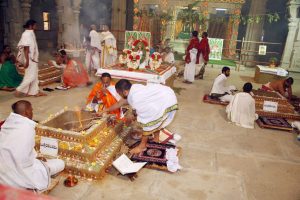