TIRUMALA, 01 NOVEMBER 2022: In connection with annual Pushpayagam, Snapana Tirumanjanam was performed to the processional deities of Sri Malayappa Swamy, Sridevi and Bhudevi in Kalyanotsava Mandapam in Tirumala temple on Tuesday.

TIRUMALA, 01 NOVEMBER 2022: The colourful procession of tonnes of various flowers and leaves took place from the Garden office to Tirumala temple on Tuesday in connection with the annual Pushpa Yagam.

After performing puja to flowers, speaking to media the TTD EO Sri AV Dharma Reddy said, Pushpayagam ceremony is usually performed after annual Brahmotsavam on the asterism of Sravanam which also happens to be the birth star of Sri Venkateswara Swamy, in the auspicious month of Karthika.

He said, as per the scriptures, this festival is usually performed as a “Sin-free” festival which was committed during the daily rituals either knowingly or unknowingly by the religious, non-religious,  staffs, officials, employees and pilgrims and also to save the Mother Earth from all natural calamities such as quakes, cyclones, epidemics and appease the Supreme Lord to save the life of humanity, flora and fauna from all the catastrophes. This festival, which was in vogue in the 15th Century, was reinstated by TTDs in the 1980s. 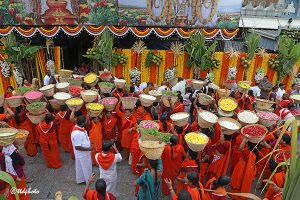 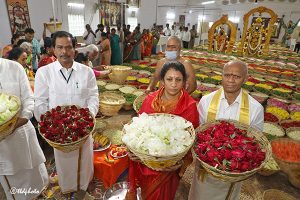 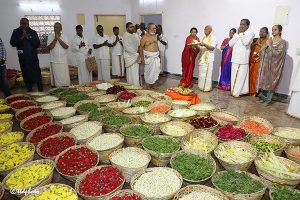 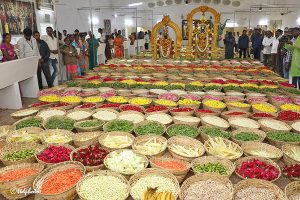 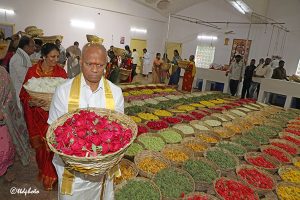 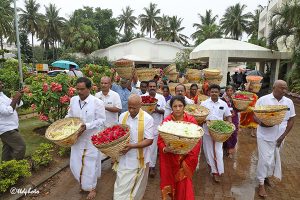 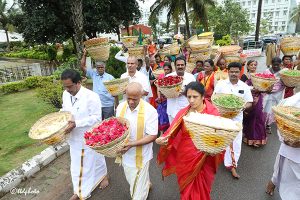 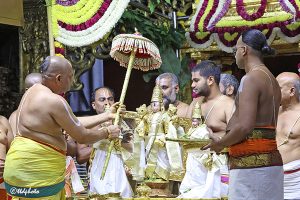 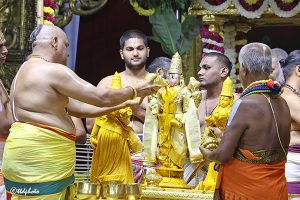 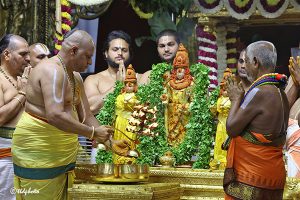 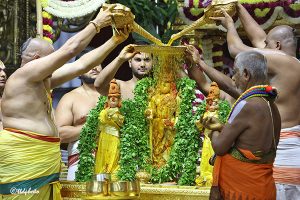 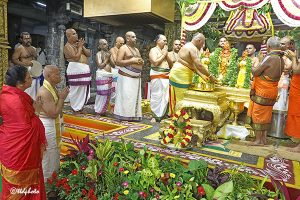 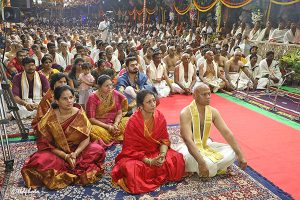