Tirumala 09 Oct 2010: The Tirumala Tirupati Devasthanams has laid down an ambitious road map of welfare activities for hearing challenged and poorer sections of society in education and Medicare.

The TTD is perhaps the only religious institution in the world which has such a massive welfare agenda for the disadvantaged sections of society in both education and health care said Sri I Y R Krishna Rao, the executive officer of TTD.

In a special interview with the  Brahmotsavam Bulletins of 2010, the TTD executive officer said the  TTD has made a far-reaching contribution in providing assistance to infants and children with hearing impairment through its unique program called SHRAVANAM.

The institution which began in 2006 with just 15 children and two teachers has now grown into a heavenly umbrella  to165  children in the 0-5 age group with 25 teachers skilled in attending to infants with hearing impaired.

Dr Prabhakar, the chief medical officer and head of the institute says that a neo-natal screening program has also been launched this year in the maternity hospital at Tirupati to screen newborns to detect heading disabilities at birth and provide them counsel. “It is easier to teach them at such young age and enhance their residual hearing with training and tutoring.

Ms Sujata, a person in charge of the children in the institute said the Shravanam has a tie-up with the  Bala Vidyalaya of  Chennai launched by the pioneer in teaching for Hearing impaired  Smt  Saraswati Narayana Swamy. Most of our teachers are trained by them and who also monitor our activities on a regular basis and suggest innovative methods to treat difficult cases” she said.

She says that the TTD provided everything free – hearing equipments, food and training to children. Even parents ( preferably mother) are allowed to stay with the child for a period of treatment .” We have a number of cases where the children who passed out from here have successfully been integrated in normal schools “ she said.

Ms K.Rama, wife of a priest of a temple at a remote village in Karimnagar says she came for treatment of her son and daughter who both suffered hearing impairment. “Both have been progressing well and we have never expected such a dramatic change so fast,” she said.

The Shravanam now spread out in the Old maternity hospital complex is now popular as more and more challenged children are now seeking entry into this institute and also children who pass out from here successfully getting integrated into the normal system of education.

TTD bears not only the cost of food, medicine, trip to Tirumala and pilgrim centres but also the cost of  funeral and other last rites, says  Dr Nagabhushan  Rao, the person in charge of the institutes.

Jayachandra Naidu principal of the institute said there were nearly  500 students including   370 at school.  ‘This is one of the three such schools run by TTD- at Warangal, Bhimavaram and Tirupati, he said.

We teach only arts and social sciences as teaching science subjects is very difficult to impart he said adding that since inception 8000  students have passed out these institutes till date.

The deaf and dumb students were known for their skills in crafts including drawing. “ We have a room full of paintings and drawings made by these students on themes like Ramayana etc “, said the principal.

Commenting on the TTD agenda for social welfare  Sri  I Y R Krishna Rao said we have several schemes and programs wherein we promote the challenged communities and sections of society and have made sustainable inroads.

ISSUED BY THE PRO, TTDS, TIRUPATI 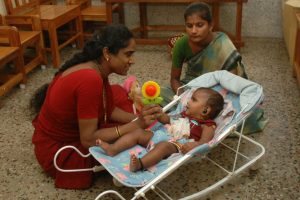 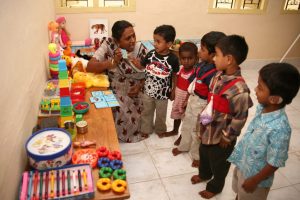 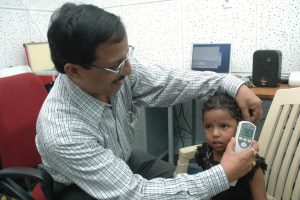