Tirumala, 29 Oct. 19: The newly launched Sri Venkateswara Alaya Nirmana Trust (SRIVANI) has been garnering good reception from the pilgrims as they are not only benefiting from Protocol VIP darshan but also donating their bit in the spread of Hindu Sanatana Dharma which is the chief motto behind the launch of the Trust, asserted the In-charge EO Sri AV Dharma Reddy.

After three-hour long review meeting with different Heads of various departments in Tirumala at Annamaiah Bhavan on Tuesday, the In-charge EO of TTD speaking to media persons said, that the development works which are under progress have been discussed in detail during the review meeting.

He also said, the response to SRIVANI Trust has been increasing day by day. Today about 89 pilgrims had darshan of Lord. Upon their request we are considering linking of accommodation as soon as the on-line application of SRIVANI Trust is launched in November.

The In-charge EO told that the GMR Group has come forward to take up the beautification of Tirumala by developing greenery on Donation basis. In the next four months, they have informed us to develop the medians in Tirumala and remaining works in a phased manner.

Apart from this, the MAP Technologies of Bengaluru have taken up the prestigious revamping of Sri Venkateswara Museum at Tirumala and the Temple Experience of the gallery in the underground is already under progress. “The entire project may also cost around Rs.30-40crores which will be also completed on donation basis”, he maintained.

Adding further he said, total plastic ban will be observed in Tirumala from Sankranti festival onwards next year. “I have already instructed the Health Officer to organise an awareness meeting with the Eating establishments in Tirumala. Even the rest houses should be replaced with water dispensers soon. Wide publicity will be given in SVBC on the plastic ban for the information of pilgrim public”, he maintained.

On Cashless transactions, the In-charge EO said, MBC recorded cent percent, Padmavathi area 97% and the Sapthagiri Area and CRO 81%. “We are requesting the pilgrims to encourage cashless transactions, as it will benefit them to refund the Caution Deposit directly into their account”, he observed. 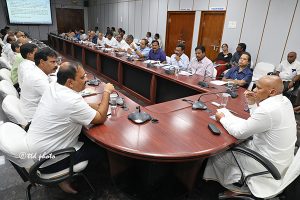 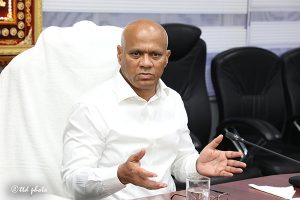 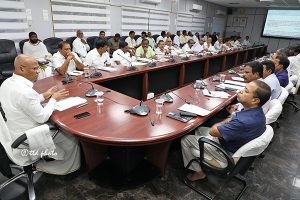