As part of its agenda for propagation of Sanatana Hindu Dharma TTD took up this challenging task in collaboration with AP endowment department and the Samarasata foundation to provide Srivari Brahmotsavam darshsn to devotees of this category.

It was an exhilarating devotion packed scene at hill shrine as devotees walked through Tirumala corridors chanting Govinda, Govinda and entered Srivari temple during this year Srivari Brahmotsavam.

All the devotees were brought to Tirumala in free buses and accommodated at PAC-2. They arrived in groups with ecstatic look on their faces and Govinda bhajan on their lips as they entered Srivari temple.

For many devotees from Visage, East & West Godavari, and Vizianagaram, it was their first ever visit to Tirumala and lifetime achievement of Srivari Darshan. They profusely thanked TTD for providing the divine opportunity of visit to Tirumala, Tirupati and Tiruchanoor and Darshan of their believed God.

In the first phase TTD jointly with Samarasata Seva foundation and Endowment development have built 502 Sri Venkateshwara temples in remote areas of all 13 districts of AP. Devotees from these regions were selected and brought to Tirumala for Srivari Brahmotsavam Darshan.

From each district 10 buses were organised for devotees and especially from East Godavari and Visakhapatnam districts devotees were brought in 20 buses. In all 150 free buses were chartered from 13 districts to ferry 1000 devotees daily from October 7-14 and in all 7350 were provided Srivari Brahmotsavam Darshan. The devotees were provided food and beverages with support of local donors and they were also offered Goddess Sri Padmavati Darshan at Tiruchanoor.

The schedule of Srivari Darshan district wise was as follows: 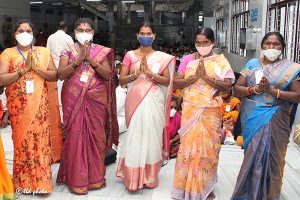 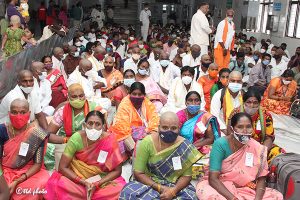 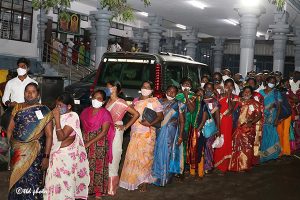 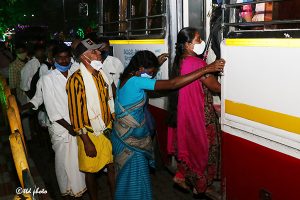 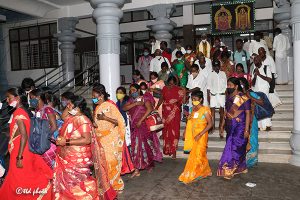