TIRUPATI, 15 AUGUST 2022: Following the call given by the Honourable Prime Minister of India Sri Narendra Modi to observe “Azadi ka Amrit Mahotsav” on the glorious completion of 75 years of Independent India, TTD has carried out a massive rally with its employees and students on Monday.

At Mahati, a 42 minute Audio-visual comprising the details of 75 freedom fighters was displayed which received humongous response from the audience of employees and students of TTD educational institutions.

Later addressing the students, TTD EO Sri AV Dharma Reddy said the students studying in TTD institutions are unique from others as they have the direct grace of Universal Supremo Sri Venkateswara Swamy to design their career. “It becomes the responsibility of every pupil to make use of this golden opportunity and establish their career with discipline and dedication and to become the responsible citizens of Future India”, he added amidst the cheers from the students.

Earlier, the students displaying the guise of various freedom fighters led the rally along the streets of Tirupati by raising slogans Vande Mataram, Bharat Mata ki Jai with patriotic fervour. 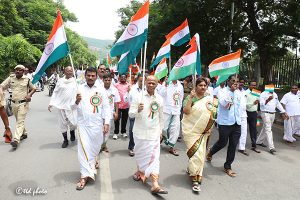 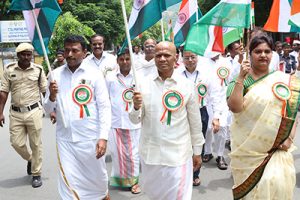 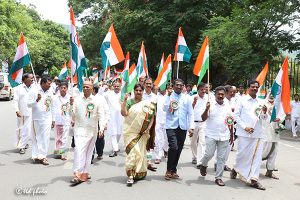 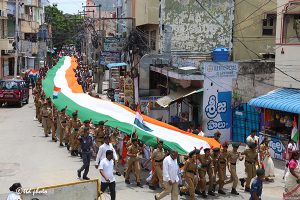 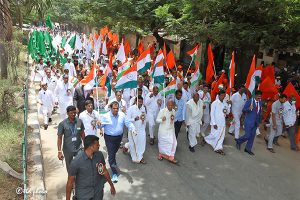 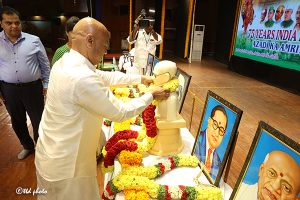 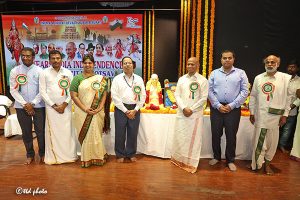 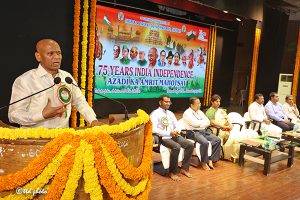 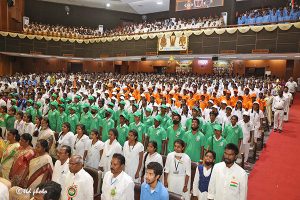