Tirupati, 19 Jan. 21: The vast knowledge about the origin of the Universe, particles, matter etc. Which were mentioned in our ancient Vedic texts should be brought to the fore and need to focus on development Vedic sciences studies, opined renowned Scientist and Scholar Dr Om Prakash Pandey.

The exponent has delivered and extension lecture over Mystery of Universe for a couple of hours in SV Vedic University in Tirupati on Tuesday evening.

Dr Pandey said many interesting scientific research things including the formation of Universe, the Big Bang Theory, Solar Family, Matter, Particles and the studies carried out by NASA etc. and referred to many instances which were already stated in Vedic texts some thousands of years ago viz. Rig Veda, Khatopanishad

He said these Mantras in our Vedas ascertain the theories of present-day science. He also said in 1964 NASA in its research found out that Sanskrit is the only medium of language transmission from one Solar System to another as the echo produced by Sound Wave in the Solar System were syllables of Sanskrit, he added.

Expressing his concern he sought all the Vedic scholars to focus now on how to take forwards Vedic Sciences in a better way across the world and bring back our past glory to our ancient knowledge, he added. 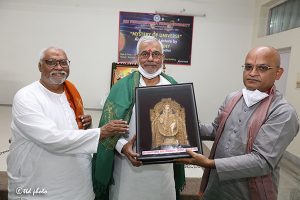 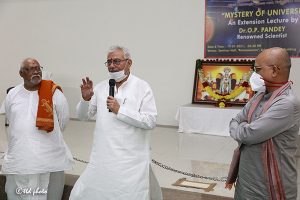 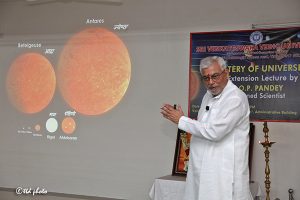 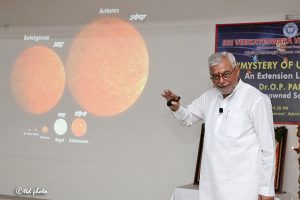 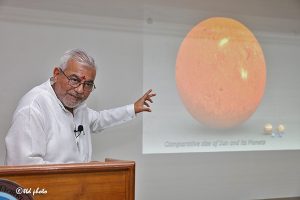