Tirumala, 26 Jan. 21: Describing Tirumala as the Spiritual Capital of Hindus, TTD Additional EO Sri AV Dharma Reddy said, the management has taken up more development works including the renovation of Rest Houses, Gardens, Parakamani Hall, Potu, Alipiri Footpath etc. Which will complete by this year and come to the pilgrim fore soon.

Addressing during the 72nd Republic Day Celebrations after hoisting the National Flag on Tuesday, the Additional EO remembering the sacrifices of great national leaders towards the development of India, said TTD is also committed to offer best services to the multitude of pilgrims visiting Tirumala.

He said, the historical decision of opening Vaikuntha Dwaram at Tirumala temple for the first time was taken after going through many spiritual texts, getting the consent of Peethadhipathis by a series of negotiations for over an year. He said, in Vaikuntha-the residing place of Sri Maha Vishnu, 12 hours in a day is equal to six months of Uttarayana Punya Kala on Earth and remaining 12 hours to six months of Dakshinayana Punya Kala for humans.

During Uttarayana Punyakala, Lord holds meeting (court-Asthanam) for 40minutes with 33 deities which is equivalent to ten days in Bhooloka. This is the reason why the Vaikuntha Dwara remains open for ten days in Sri Rangam, one of the most important Sri Vaishnava Divya Kshetram in the country. After going through all the scriptures, we have taken a decision to open up the Vaikuntha Dwaram in Tirumala for ten days which has benefitted 4.26lakh pilgrims to have Dwara Darshanam”, he added.

The construction of new Parakamani hall, setting up of 40 burners in Tirumala Potu which have the capacity to prepare 7.50lakh laddus in a day, Revival of SV Museum to give an aesthetic experience to the visiting pilgrims and making it most sought after places of visit after Tirumala temple, beautification of Tirumala, renovation of rest houses in Tirumala at Rs.120crores are also in offing”, he said.

He said, the introduction of SRIVANI Trust has completely rooted out Dalari System in Tirumala and recent the Trust crossed of Rs.100crores donation mark which shows the response from pilgrims. He also said, the spiritual programmes taken up by TTD during Covid lockdown period including Yoga Vasisthyam, Sundarakanda Pathanam, Virataparva Parayanam, Bhagavat Gita, Karthikamasa Deeksha, Dhanurmasa Deeksha etc. Which are live telecasted on SVBC have won world wide appreciation and the SVBC Trust which was introduced in July last has so far garnered Rs.16crores and in future the channel is going to become self reliant”, he added.

He thanked TTD workforce, security, workers etc. for offering their support and dedicating themselves in providing best possible services to pilgrims and said all should work with same team spirit to won more laurels to the institution in future also. 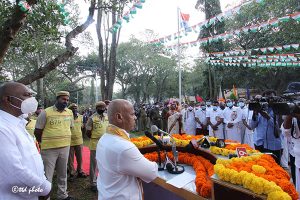 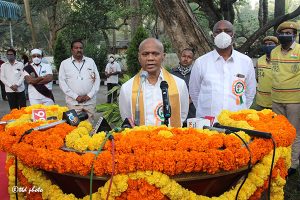 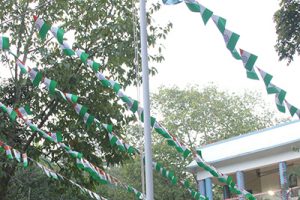 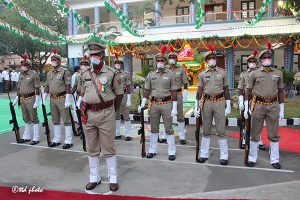 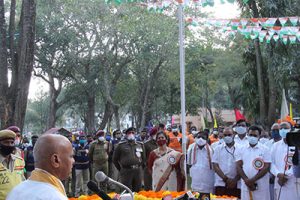 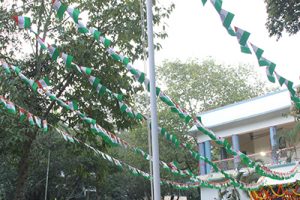