Tirupai, 24 Dec. 20: In a role model move, TTD Chairman Sri YV Subba Reddy on Thursday evening donated 32 pairs of a cow and calf and a bull to the SV Gosamrakshanasala of TTD as part of Gudiko- Gomata scheme to inspire devotees to become partners in expanding the unique program aimed at propagating Hindu Sanatana Dharma across the country.

TTD Chairman accompanied by his spouse Smt Swarnalata, traditionally handed over the holy bovine to officials at SV Gosala amidst Vedic mantras and also donated cash for the purpose of their maintenance.

Later speaking to newsmen, the Chairman said as per the directives of Honourable Chief Minister of Andhra Pradesh Sri YS Jaganmohan Reddy, TTD has launched the program already in AP, Telangana, and Karnataka and soon in Tamilnadu. Any temple with resources to maintain a pair cow and calf will be presented by TTD, he said.

He appealed to devotees to donate healthy desi breed of a cow and calf or in the form of cash as he had done by buying desi breed from Kamareddy district of Telangana. 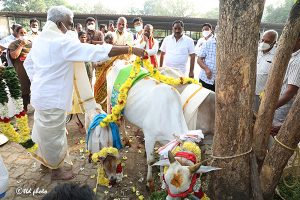 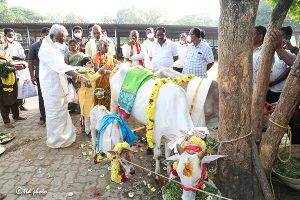 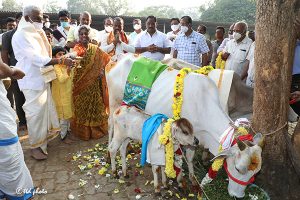 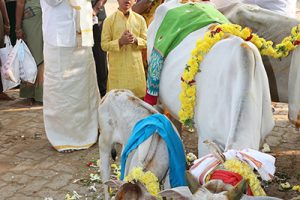 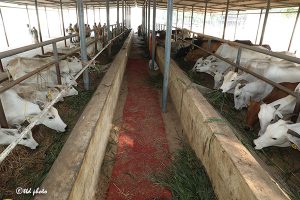