The TTD chairman and his spouse were traditionally received by temple EO Smt Bhramaramba and other officials and Archakas. Later they submitted official offerings and had Darshan of Sri Kanaka Durgamma.

Speaking on the occasion the TTD Chairman said on directions of the Honourable AP CM Sri YS Jaganmohan Reddy the TTD had cancelled all privileged Darshan and gave common devotees full priority and the same was done in Vijayawada temple.

He said facilities would be developed for TTD devotees at the Kummaripalem centre land and gold plating of Anjaneya Swami idol with the contributions of donors.

He said prayers were offered to Durgamma Ammavaru for good rains and well being of people and also extended Dasara greetings to all. 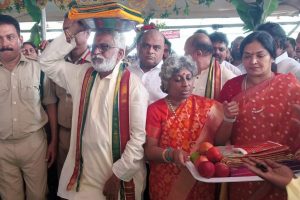 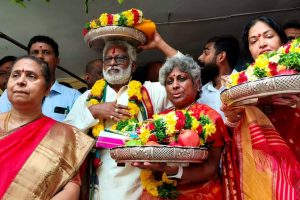