Tirumala, 21 Apr. 21: Tirumala Tirupati Devasthanams has made an official announcement stating that Anjanadri Hillock is the birthplace of Sri Anjaneya Swamy with concrete evidence on the auspicious day of Sri Rama Navami at Tirumala on Wednesday.

H.E. Sri Bhanwarilal Purohit, the Governor of Tamilnadu also graced the programme which was held at Nada Neerajana Mandapam. He said, He is a great devotee of Lord Hanuman and he is very happy to know that TTD has made an elaborate research with experts committee before declaring Anjanadri as Hanuma’s birthplace. “As a Chancellor of 20 Universities in Tamilnadu, I know how difficult and tedious it is to do research and present the evidence. I congratulate the entire Pandit team which worked day and night for four months on Hanuman’s birth place. Ayodhya is Sri Rama’s birthplace while Anjanadri is Anjaneya’s, he asserted.

Earlier, the Prof Muralidhara Sharma, the vice-chancellor of National Sanskrit University presented who is one of the Committee members presented the mythological, epigraphical, scientific, literary and geological evidences before media and univocally said Anjanadri is the Birthplace of Anjaneya Swamy as it is mentioned in 12 Puranas.

Some excerpts from the evidences he has put forth to media-

In the Valmiki Ramayana, from Sundarakanda episode in the Shlolas from 81-83 of 35th Sarga, it was clearly mentioned that since Hanuman was born to Anjana on these sacred mountains after a penance, He attained the name Anjaneya while the Hillock got the name Anjanadri.

Rock inscriptions at Srivari temple of 1491 and 1545, both mention the Anjanadri as birth place of Anjaneya.

SOME MORE CLAIMS ON ANJANEYA BIRTHPLACE

However among historians there are several doubts over the birthplace of Anjaneya. The five other places which claim Hanuman originated from their places includes-

Historians contend that the Hampi region was popularly known as Kishkinda in legends and Puranas. Hence it is possible that Anjaneya could have gone to Hampi from Tirumala which was just 363 kms away. They also say scientifically that Hampi was 1240 kms from Gumla in Jharkhand, 1626km from Kaithal of Haryana, 616 kms from Maharashtra and hence ruled them all out and suggested that Migration to Hampi is feasible.

WE HAVE CONCRETE EVIDENCE TO PROVE ANJANADRI IS BIRTHPLACE OF ANJANEYA: EO

Our Pandit team has worked hard to bring out concrete evidence and presented a 22-page report. We will soon display this report on our website also. Other states like Haryana, Jharkhand, and Maharashtra etc. Are claiming only with their local beliefs but they do not have any evidence to prove that that is the birth place of Lord Hanuman, asserted TTD Executive Officer Dr KS Jawahar Reddy. 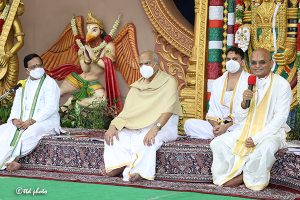 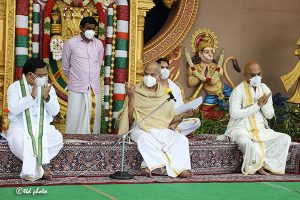 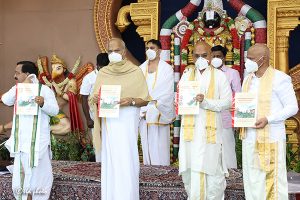 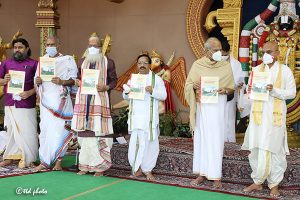 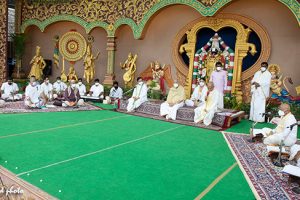 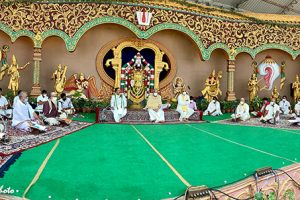 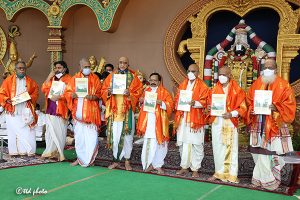