NO POINT OF CONTROVERSY ON HANUMAN BIRTHPLACE

NEXT YEAR HANUMAN JAYANTHI WILL BE OBSERVED WITH MORE GRANDEUR

Tirumala, 2 Jun. 21: On the celestial occasion of Hanuman Jayanthi on June 4 as per the TTD Almanac, TTD has decided to celebrate the festival for five days up to June 8 in Tirumala, said TTD Additional EO Sri AV Dharma Reddy.

Addressing media persons at Annamaiah Bhavan in Tirumala on Wednesday evening, the Additional EO said, there will be Abhishekam to Bedi Anjaneya Swamy and Special Pujas to Seventh Mile Prasanna Anjaneya Swamy as in every year.

Apart from that, this year as TTD has declared Anjanadri as the birthplace of Sri Anjaneya after getting the Experts Committee opinion has decided to observe the fete in Birth Place, in a cave which is located near Akasa Ganga. Temples for Balanjaneya and Anjana Devi was also constructed and special Pujas will be performed to these deities during these five days, he added.

Elaborating the day-wise programs, Additional EO said, every day there will be special Abhishekam and Pujas at this Hanuman Birth Place to both Balanjaneya and Anjanadevi with Jasmine, Betel leaves, Kanakambaram, Chamanti and with Sidhooram on the respective days. While every day between 2pm and 3pm Hanuman Chalisa will be rendered.

At Nada Neeranjanam platform, during these five days special discourses on Hanuman – Astasiddhi, Role Model to today Youth, Character, Communication skills, Achiever on each day with stalwart scholars have also been arranged, he said which will be followed by devotional songs rendition on Hanuman.

The concerned departments are making necessary arrangements for the festival which we are observing in a big way for the first time.

Of the Astadasa Puranas, 12 of them clearly made a reference about the Birth Place of Anjaneya as Anjanadri of Tirumala as there is no point of controversy on this issue as it was mentioned in the sacred texts itself, he asserted.

Next year we will plan to observe Hanuman Jayanthi celebrations with more pomp and religious fervour, he maintained. 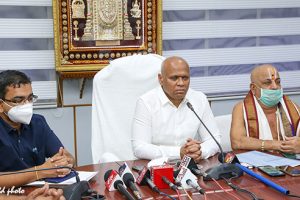 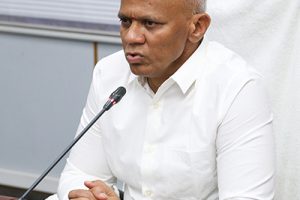 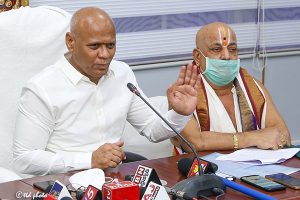