HYDERABAD, 15 OCTOBER 2022: All routes in Hyderabad led to the spacious NTR Stadium on Saturday as a sea of humanity turned out to witness the celestial wedding of Sri Srinivasa with Sridevi and Bhudevi.

As part of the five-day Sri Venkateswara Vaibhavotsavams, on the final day, this religious event took place between 6.30pm and 8.30pm amidst chanting of vedic mantras and rendering of Annamacharya Sankeertans by artistes of Annamacharya Project during every episode of the traditional marriage ritual.

Punahavachanam: This is a sanctifying ritual conducted to cleanse all the articles, premises before the commencement of celestial marriage.

Vishwaksena Aradhana: After Punahavachanam follows Vishwaksena Aradhana. Lord Vishwaksena happens to be Commander-in-Chief of Lord Venkateswara who supervises the ritual, was invoked. The purified water in the kalasam was sprinkled on all the articles in Homakundam and Mantapam.

Ankurarpana: Next followed Ankurarpana which signifies a healthy beginning before any ritual. The Asta Dikpalakas were invoked and worshiped in this ritual.

Pratisara Bandhana: This is yet another main part of the celestial wedding where in the sacred Kankanams (holy threads) were tied to the right hand of the Lord and left hand of His Consorts Sridevi and Bhudevi while the ritual performing priests tied it to their right hands only. Swasti Sooktam was recited during this episode.

Agni Pratishta: Then followed Agni Pratista where in the pious agni was lit and Prayaschitta homam was performed.

Vastra Samarpana: After the Agni Pratistha, a new set of silk vastrams were offered to the deities.

Maha Sankalpam: Then the important phase of the ritual, Maha Sankalpam was performed where in the descendent of Tallapaka family (the family which dedicated their lives in the service of Lord Venkateswara for the six centuries) performed Kanyadanam on behalf of Goddesses.

Kanyadanam: In any Hindu Marriage, Kanyadanam occupies a prominent place. Here the Gotra-Pravaras of Lord and His Consorts were cited by the priests.

Varana Mayiram: This is a prominent and most entertaining phase usually performed during South Indian Hindu Weddings. The Lord and His Consorts played with floral balls and rolled up the coconuts on the floors facing each other. (Here the priests and Tallapaka descendent performed this ritual on behalf of the deities). After this the garlands of deities were also exchanged.

Aarti: Soon after the conclusion of this pleasant “Divine Love Game”, the Consorts were seated on either sides of Lord, with Sridevi taking the Right side and Bhudevi occupying the left place of Maha Simhasanam.

The entire city of Hyderabad reverberated to the rhythmic vedic chants and Govinda Namas on Saturday evening on this auspicious occasion. The devotees who thronged the venue in large numbers, were delighted to witness the grandeur of the sacred marriage under the bright moon light. 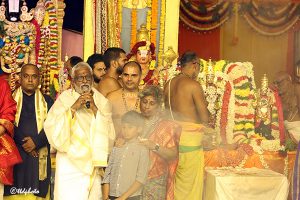 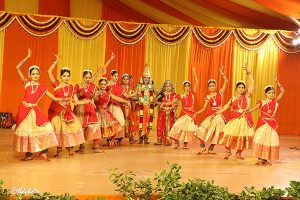 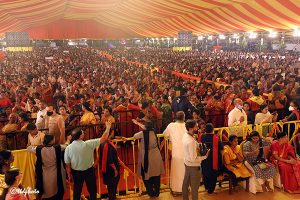 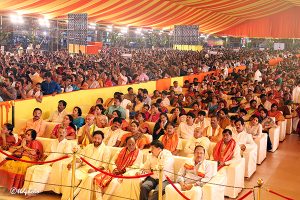 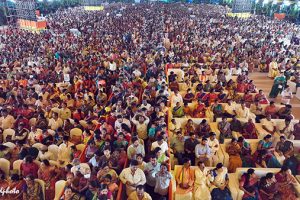 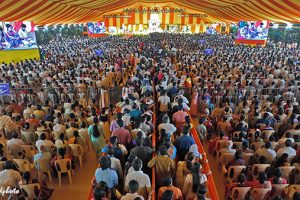 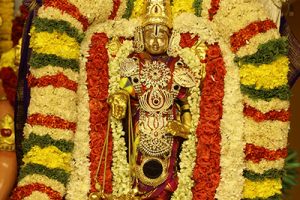 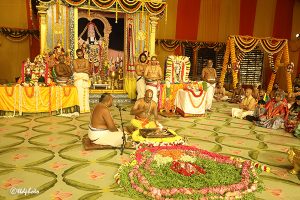 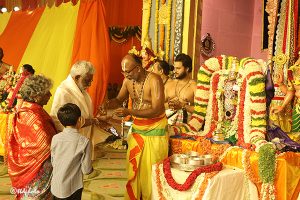 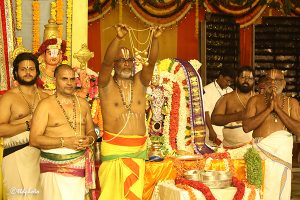 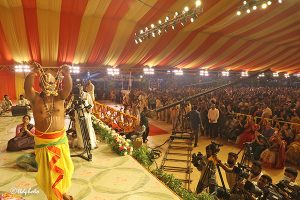 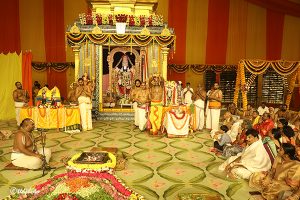 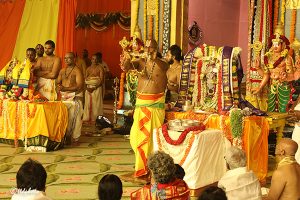 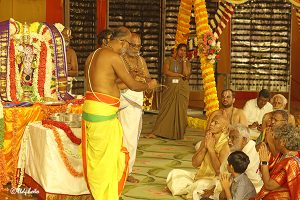 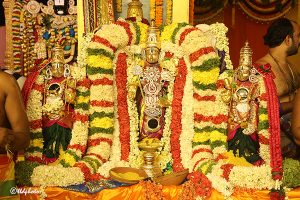