TIRUMALA, JULY 25:  The six-day Chaturveda havanam organised by Tirumala Tirupati Devasthanams completed on a religious note with Purnahuti in Tirumala on Monday.

After the havanam speaking to media persons TTD EO Sri LV Subramanyam said, this havanam is also a part of Hindu Sanatana Dharma prachara mission taken up by TTD. “Ancient Vedas term this Chaturveda havanam as superior one of all homams since Rig, Yajur, Sama and Adharvana vedas will be recited from a single platform by the vedic pundits for the well being of humanity as well as for a transparent and able pro-public administration”, he added.

“TTD has been performing this Yagam since Last November soon after the completion of Nitya Veda Parayanam in Tirumala. So far two homams have been completed one in the auspicious period of Uttarayana and another in Dakshinayana. This is the third-phase of homam where in 30 vedic pundits took part in this havanam. TTD is contemplating to perform this homam in various places in future as a part to promote our Hindu Sanatana Dharma”, he maintained.

Addressing the occasion, Dharmagiri Veda Pathashala Principal Sri KVSS Avadhani said, “Lord Venkateswara is known as “Veda Purusha” as the Vedas consider him as the right person to accept Yaga Phalam (the benefits of Homam) among the Trinity. Therefore Performing this havanam in the holy place of Tirumala is undoubtedly best choice. With this havanam we will be blessed by Mukkoti Devathas(Three crore deities) of Hindu Sanatana Dharma with prosperity being bestowed on us by them”, he said. 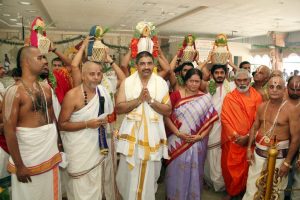 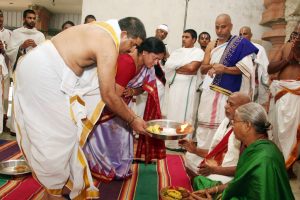 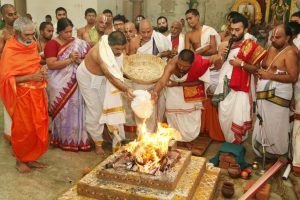 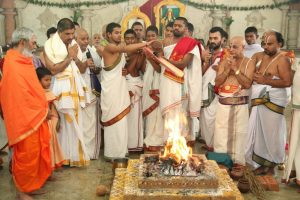 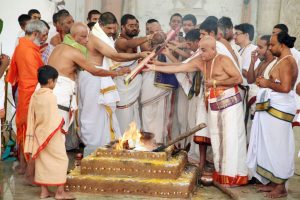