TIRUMALA, JULY 20:  Third phase of six-day Chaturveda Havanam began on a religious note in Tirumala on Wednesday at Kalyana Vedika near Papavinasanam road+. TTD Joint executive officer Dr.N.Yuvraj began this homam  which is considered to be most pious of all homams and is performed for the wellbeing of entire humanity.

With a mission to promote, propagate and preserve Hindu Sanatana Dharma TTD has began this homam during last year and the first homam was performed at Tirumala in November last during Dakshinayana period and for the second time in the month of January during the celestial period of Uttarayanam. Ususally this ritual is performed marking the successful completion of forty-day nitya veda parayanam.

The present homam is also being performed in Uttarayanam period from July 22 to July 25 for six days. In this Chaturveda Havanam, the vedic scholars will chant the vedic hymns from Rig, Yajur, Sama and Adharva vedas, all  at a time, which is considered to be most auspicious for the prosperity of entire humanity.

On 24th July renowned vedic scholar Sri M.Dattatreya Shastry will address the gathering over the importance of the Chaturveda Havanam. The programme will conclude with Purnahuti on July 25 where in TTD top brass officials will take part. 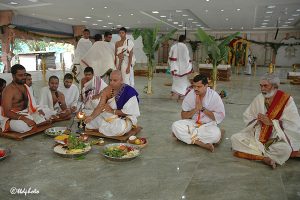 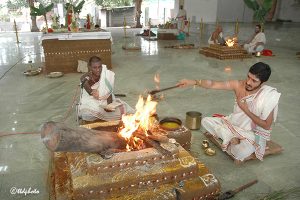 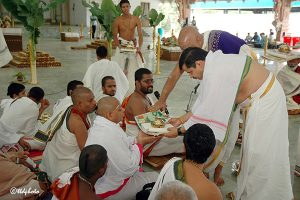 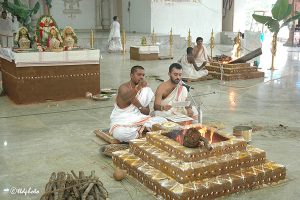