Both the Chairmen of TTD and RTC traditionally carried Pattu vastrams and garlands on their head adorned with Parivattam.

Amidst chanting of Veda Mantras, they presented Vastrams to Sri Vinayaka Swamy and had Darshan of the presiding deity.

The temple Archakas rendered Veda Asirvachanam and later the temple EO presented Thirtha Prasadams and a portrait of the chief deity.

The TTD Chairman also inspected the Golden Chariot at Kanipaka Sri Varasiddi Vinayaka Swami made under the supervision of TTD for which TTD had contributed ₹6 crores and some gold.

Speaking to media persons later the TTD chairman said the Golden Ratham works were delayed due to Covid.

He said he prayed for relief to humanity from Covid and appealed to devotees to observe all Covid guidelines.

The Chairman said TTD had decided to conduct the annual Srivari Brahmotsavam in Ekantam this year also in view of Covid alerts by the State and Central Governments.

Responding to a question he said the government would announce board members to all other temples in the state within 10 days. 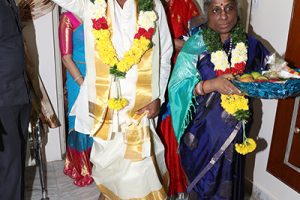 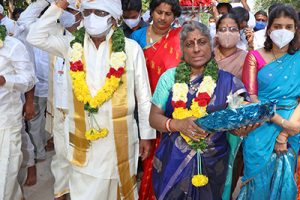 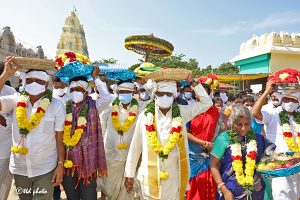 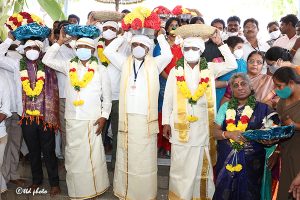 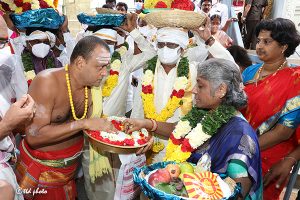 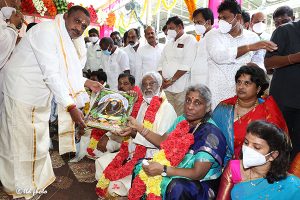 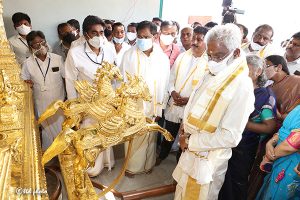 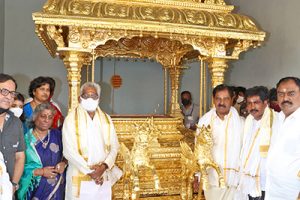 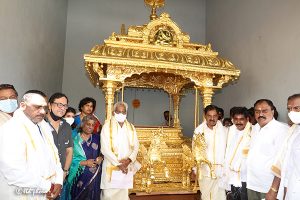 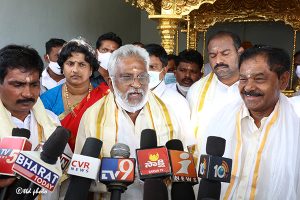